Kris Aquino paid tribute to her late brother Benigno ‘PNoy’ Aquino III on what would have been his 62nd birthday on Tuesday, February 8. 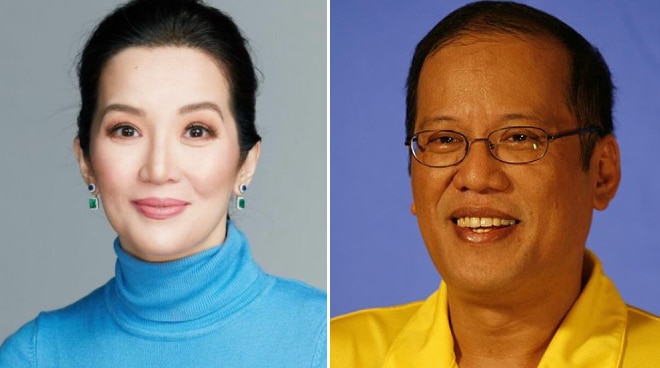 Kris Aquino paid tribute to her late brother Benigno "PNoy" Aquino III on what would have been his 62nd birthday on Tuesday, February 8.

On Instagram, the former actress-host penned a heartfelt letter for her late brother, expressing her grief and regret for not being able to tell him enough times how much she loved him.

"I love you so much. I’m so sorry na hindi ko nasabi enough times when you were still here. I’m sorry for letting you down — but I know nakita mo how much your death has profoundly changed me," said Kris.

She also apologized to PNoy for publicizing her breakup with her former fiancé, Mel Senen Sarmiento, instead of choosing to keep things private.

"I know you wanted to teach me how to practice humility and not to post anything that later on I may regret… Sorry sumablay lang kay Mel, kasi pumatol ako and nag-comment when I should’ve just shut up. After I post this I'll message him na all is forgiven and forgotten," promised Kris.

The former host said it is "time to stop looking back, free myself from the past, focus on today and still have enough FAITH to look forward to tomorrow."

In her post, Kris also made a request to her late brother, who is now reunited with their parents, Benigno "Noynoy" Aquino Jr. and Corazon "Cory" Aquino, in heaven.

"I'm sure super happy ka because solong solo mo ang mom and dad in heaven. Please habaan niyo pa yung bonding niyo? If ate goes, you know how tight she and mom were. If it’s Pinky, everyday may ka-debate ka na hindi takot awayin ka. Please not Viel, she’s super organized and that’s why all your pamangkins get their birthday and Christmas 'hulog ng langit,'" she said.
"And if it’s me — you know naman… birthday mo so I’ll behave, di ko na sasabihin but I know you know what I mean."

Though she misses her brother deeply, Kris, who has been suffering from a rare autoimmune disease for several years now, stressed that her sons Josh and Bimby still need her.

In the end, Kris promised PNoy to try her best to be more like him, and to see to it that his last wishes would be fulfilled.

"Bunso will try her best to be more like you, and 'yung inako kong mga binilin mong 'wag pababayaan, ginagawa talaga," she said.

PNoy, who is also popularly known as "Noynoy", served as the President of the Philippines from 2010 to 2016.

He passed away on June 24, 2021 due to renal disease, secondary to diabetes.