Alodia Gosiengfiao decided to get rid of her unwanted fats. 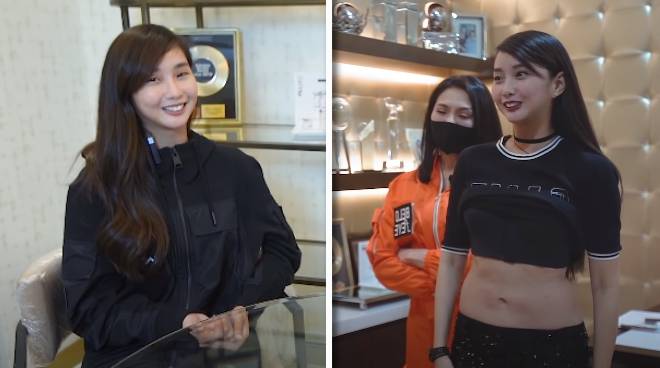 You might think it’s absurd for someone as sexy as Alodia Gosiengfiao to undergo a liposuction treatment — but it’s actually not. Well, at least according to Vicki Belo who pointed out that the vlogger and cosplayer has unwanted fats.

“I have fats in my tummy which I can’t really get rid of,” Alodia shared before getting her consultation with Vicki.

When asked why she decided to go for liposuction, she shared how she often makes adjustments in the clothes she wears after accumulating fats in some parts of her body.

“Recently I’ve been wearing corsets for my costumes ganyan. I try to incorporate it para it’s nice na glass-shaped. Before, I can do spandex — mga latex ganyan. But now I try to compensate and make it better through other ways. Sana mabalik lang what we can do before,” she said.

“It’s such freedom to do liposuction because wala nang corset, wala nang false advertising. Maganda ‘yung when you look at yourself, you look really fit,” Vicki stated.

The beauty doctor-to-the-stars noted how Alodia’s body looks like she’s carrying a tire around her body.

“I was looking at your body, Alodia, and meron siyang parang tire talaga — ‘yung salbabida. It’s a small salbabida pero you can really kurot kurot it. So, I’m sure it really feels uncomfortable,” Vicki remarked.

Months later, Alodia went back to Vicki’s office to show the effect of the 360-degree liposuction which she described as a great investment.

“Pero guys, maganda. It’s gone — I don’t have a puson anymore. Before kasi, I had a puson. Like you can grab it. Like even if I exercise, hindi siya nawawala. But now, it’s gone,” Alodia said.