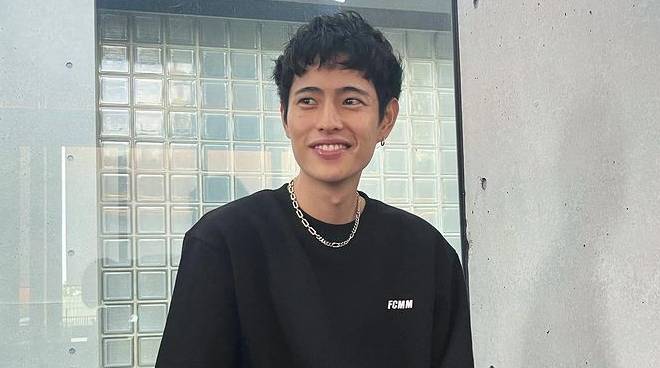 After going back to Japan in 2020, Fumiya Sankai has been busy pursuing his other goals in life after joining Pinoy Big Brother: Otso as the first pure Japanese official housemate known as the "Konnichi-Wonder Vlogger ng Japan". He finished his stint on the long-running reality show in 5th place in 2015. Apart from starring in a Japanese short film last year, he also revealed plans to start his own clothing line in his home country.

READ: Fumiya Sankai shares why he loves the Philippines: ‘I am very grateful to the Filipinos’

During the start of the year, the 26-year-old vlogger reiterated his goal to bridge the gap between the two countries he loves the most.

He wrote, “This year, I would like to do many projects that can bridge the gap between the Philippines and Japan, and I'm also working hard on YouTube! I would like to thank everyone who always supports me. Thank you for all your support and keep up the good work! Maraming Salamat!”

READ: Former PBB housemate Fumiya Sankai to launch own clothing line: ‘It has been a dream of mine’

In another post earlier this month, Fumiya revealed plans to open a Pinoy-themed cafe and shared photos of himself learning how to make Filipino favorites like pandesal and adobo. “I would like to open a Philippine cafe in Japan. So yesterday we practiced pandesal and adobo!”

Although he admits it will not be an easy dream to achieve, Fumiya promised his followers that he will strive to achieve his dreams.

While studying English at the Lyceum of the Philippines in 2019, Fumiya auditioned for the eighth season of PBB where he ended up becoming close friends with their season’s Big Winner Yamyam Gucong. Fumiya posts vlogs on his YouTube channel called FumiShun Base which currently has 2.32M subscribers.