Belle Mariano shares how she deals with bashers: ‘Never let the negativity affect you’

Belle Mariano talks about her love for both acting and singing while growing up. 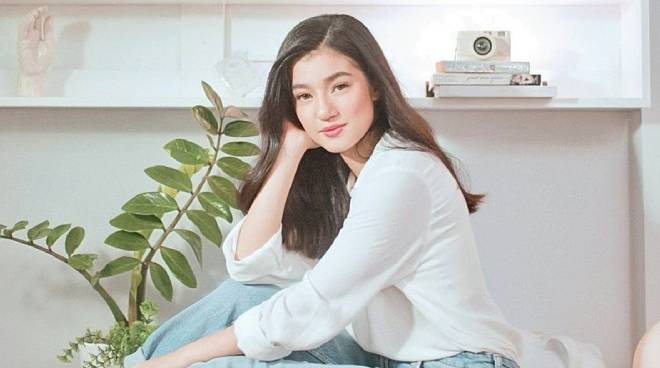 After the success of her first solo concert Daylight last January 29, singer and actress Belle Mariano said that she is looking forward to being part of more exciting projects this year both in acting and singing. The 19-year-old Star Magic artist can also be currently seen in the iWantTFC Original series Click, Like, Share.

“Honestly, me as a singer and actress they’re both connected in a way since they’re both involving emotions. Because when you sing, ang emotions nararamdaman sa boses mo, but when you act it’s spelled sa eyes so that’s really different. So when I’m acting, my eyes communicates, but when I sing my mouth communicates,” Belle said.

Having started out as a child actress on the kiddie sketch comedy program Goin’ Bulilit when she was just 10 years old, Belle admitted that her transition to becoming a teen idol did not have a major awkward phase that other young stars go through.

As a fast rising singer and actress that is one half of the lov team known as “DonBelle” along with Donny Pangilinan, Belle said that fame comes with its own share of critics. But despite the bashing, the Click, Like, Share actress said she always chooses to focus on what’s most important to her.

“Honestly, just never let the negativity affect you. As long as you know who you are, your core, and as long as you always seek the daylight. Surround yourself with the people you love and the people who love you. Surround yourself with positive people because I feel like the ones around you are the biggest influences in your life. We can’t blame them because we all have different preferences and opinions. It’s just a matter of respect and I feel like there’s just a lot of hate going around so why don’t we just spread kindness. It’s so easy to be kind,” she explained.

Carving a career as a multi-talented performer, Belle shared how she wants to be known as an artist in the industry.

“I want to defined as someone who pursues her dreams and I want to be able to inspire other people simply just by pursuing my dreams,” she added.