Pauleen Luna ‘praying’ for daughter Tali to have sibling

Actress-host Pauleen Luna said she is praying for Tali, her daughter with husband Vic Sotto, to finally have a sibling. 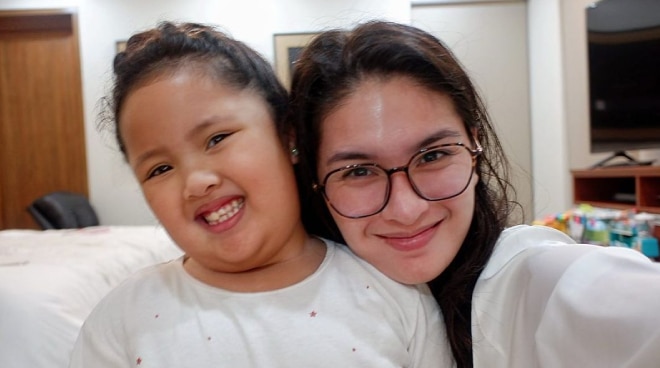 It appears that Pauleen Luna is ready to have another child with her husband Vic Sotto.

In a recent Instagram update, the actress-host said she is praying for Talitha Maria, their only daughter, to finally have a sibling.

Posting photos of herself with Tali on Instagram, Pauleen wrote: "Forever you and me (still praying for a baby sis/bro for Tali Bachuchi tho!)"

Tali, now four years old, is Pauline's first child, and is Vic's fifth. The couple welcomed their daughter in November 2017, after tying the knot at St. James The Great Parish Church in Alabang in January 2016.

READ: Pauleen Luna reflects on marriage with Vic Sotto: ‘A lot of people didn’t want us to succeed’

It can be recalled that in February last year, Pauleen made headlines after she denied speculations that she is pregnant with her second child with Vic.

Aside from Tali, Vic is also the father of Pasig Mayor Vico Sotto (with Coney Reyes), actors Oyo and Danica Sotto (with Dina Bonnevie), and visual artist Paulina Sotto (with Angela Luz).