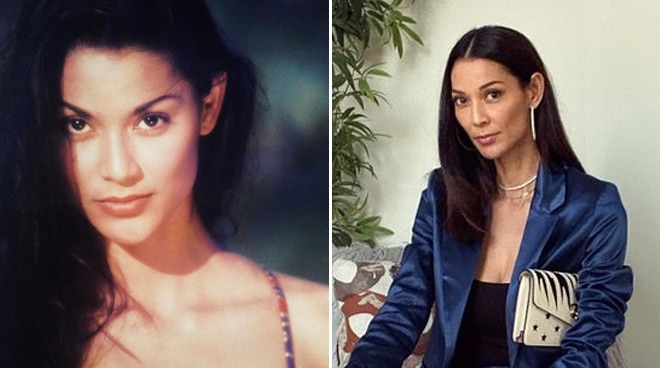 “I was 25 no longer a VJ & the year 2000 when I joined BB. Life was in limbo (this internet photo was the final judging day) & I thought this could be a different line of work for me,” bungad ni Joey sa caption.

“I stood in my tankini for 2 hours in 5-inch heels on a stage with other contestants turning around like a lamb on a spit to show each side. Allowing the judges.. to judge our bodies. It was awkward but I was in a crossroad of ‘bahala na’ and I was not committed.”

“Another life lesson to understand to make sure what ever it is you wish to accomplish in your life is to feel that love..passion & dedication. I was not upset that BB wasn’t part of my journey for I made the move to Singapore to continue a rewarding modeling life that led me to LA/NYC.”

“Later when I came back to Asia, I actually taught several candidates , held classes for runway/model aspirants & was model mentor for 3 seasons of ASNTM (Asia’s Next Top Model),” pahayag ni Joey.