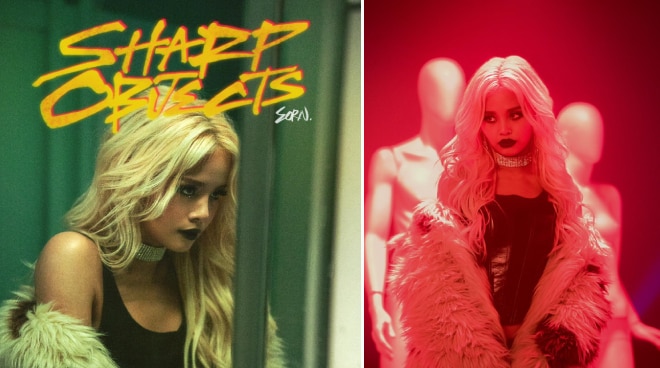 K-Pop star Sorn has released her highly-anticipated track called “Sharp Objects” as she officially marked her comeback as a solo artist.

In an interview with PUSH, the K-Pop star said that she is nervous and ecstatic at the same time as she has officially embarked on a solo music career after her departure from K-Pop group CLC.

“I’m really excited to show all my fans this mature version of me and most importantly I wanted to show everyone my voice. I got really nervous along the way because instead of having 6 other girls with me now it’s only me alone so all the pressure just automatically happens to me. But I am super excited to be able to start this new chapter in life and I am so blessed to still be able to do music and have such great fans who still support me in everything I do,” she said.

The song, which dropped on Friday morning, February 25, is an electronic dance song with strong synth-pop elements. According to the singer, “Sharp Objects” is a “metaphor, to express the feelings about how your deep affection for someone can be dangerous, like playing with sharp objects.”

Produced by her new label Wild Entertainment, a music video for the song was also released on Friday. Sorn relayed that she came up with the concept for the video.

“This type of concept was something that I always wanted to do ‘cause I think that I would be able to perform it really well. After uploading the first teaser a lot of fans were telling me that the concept really reminded them of HBO’s trending drama Euphoria and I decided to check it out. It was super similar and I thought that it was really interesting and I felt like this was the best timing to be releasing this song when Euphoria is trending all around the world,” she stated.

Asked why she decided to release a full-English song as her solo comeback single, Sorn remarked that she wanted to take this chance to connect further with her international listeners.

“A personal goal for this year is to learn and gain listeners in the American music industry so I think that an English song is a very good start for the goal that I’m heading towards,” Sorn stated.

On what message she wants to impart to her listeners with this new song, the singer relayed, “I want everyone who listens to have courage to do what they want to do. Be daring to try something they always wanted to do and not be afraid of whatever is in the way just like the character in this song that has the courage to feel and do what she wants to do without being scared of whatever is going to happen to her.”

The K-Pop star extended her gratitude to all her Filipino fans for their support all these years and expressed her desire to visit the Philippines again in the future.

“I would like to thank you, everyone, for all the love and support. I’ve been getting a lot of messages from my Filipino fans and I feel like once COVID gets better I would love to be able to visit everyone in person and perform for you guys! Thank you so much for always supporting me, mahal ko kayo!” she stated.