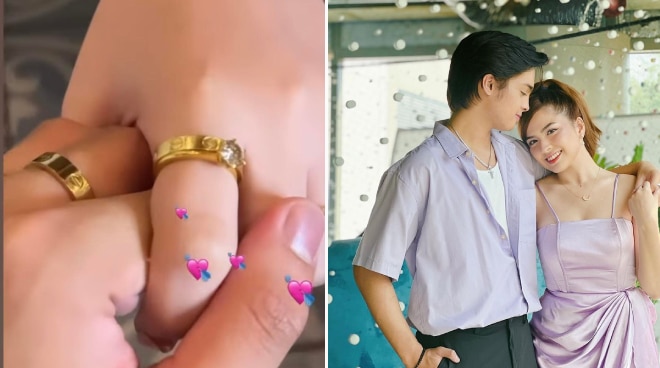 After leaving the Pinoy Big Brother house in December, KD Estrada admitted life has become busier now with more projects coming in and with the upcoming grand virtual meet-and-greet with fans, Closer: The KDLex FanCon. The fancon is happening this Saturday, February 26 with Alexa Ilacad.

Recently, photos of the pair in a warm embrace circulated online when the actress visited him on the set one night. The 18-year-old singer admitted he missed Alexa while doing lock-in taping for another project.

“Ang daming paparazzi last night. Actually super unexpected yung pagkikita namin. We were supposed to meet on a later date but she was around the area because she did her hair,” he explained during the Closer: The KDLex FanCon media event last February 22.

READ: KD Estrada and Alexa Ilacad fancon tickets get sold out in one day

After he and Alexa posted photos of their matching rings on their respective social media accounts, netizens immediately speculated that the couple had exchanged promise rings. During the Closer mediacon, the couple clarified that their having the Cartier rings was just because of their shared appreciation for the design. But KD revealed how he gave Alexa the other ring. 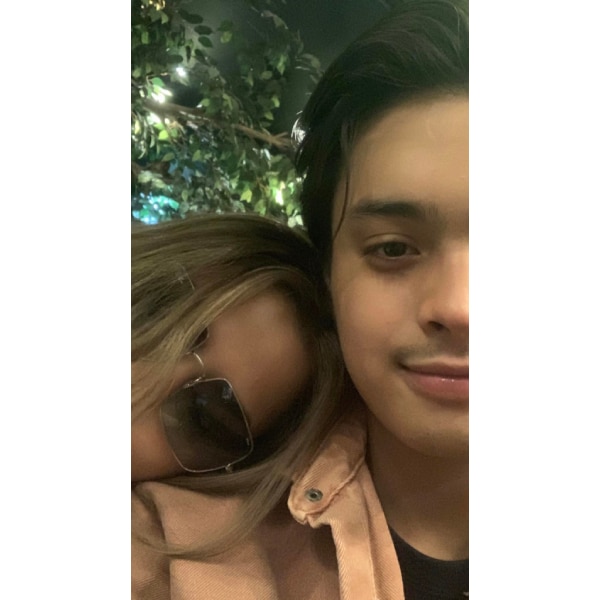 “Alexa was waiting for me sa taping. We were filming a vlog for Squad Plus and then Lex was guesting. But after that guesting she had nothing to do with the Squad Plus anymore. After her guesting she was just there for three minutes but she waited for me to finish all my vlogs for Squad Plus. It wasn’t short either. It took like six hours. She waited from 9 am to 9 pm so that’s really long. When everything was done, we were just sitting on the couch and she was sleeping on my shoulder. As in she was really sleeping. She couldn’t handle the antok na so I just took her hand and I took my ring and then I just put it on her finger. And then I said, ‘Oh it’s too big but it looks nice on you (laughs).’ But when she woke up she noticed the ring,” he explained.

Upon realizing that KD put a ring on her finger, Alexa said she did not assume that it was a promise ring. She also shared how important the piece of jewelry was to KD.

“No naman. Hindi naman ako ganun ka-advanced mag-isip (laughs). Of course I woke up kasi I felt him touching my finger tapos sinuot niya nga yung singsing. I really didn’t think much of it naman kasi he knows naman na mahilig ako sa alahas so naisip ko na baka sinukat lang or tinignan niya lang. I don’t know. So I asked him and sabi ko ‘Why?’ Sabi niya, ‘Wala lang.’ Ang labo din ng sagot. Tapos sabi niya sa akin na lang daw. So sabi ko, ’Sure ka? You can get it naman if you want it back.’ Akala ko pahiram lang. Kasi that ring is so special to him eh. He would always tell me na first ring niya yun. Binigay ng mom niya. And special naman talaga yung Cartier na ring grabe. So sabi ko, ‘Sure ka ba? Sure ka na? Last chance. Akin na ‘to! (laughs)’ Binigay naman niya. hindi pa rin ako makapaniwala. I always ask him, ‘Uy if you want it back you can get it ah.’ I always ask him that kasi alam ko naman na special talaga yun so nahihiya din ako tanggapin,” she said.

Even though they have yet to make it official, KD said this was the first ever time he has given a woman a ring.

“First time na ring. Kasi I have somewhat of a sentimental value sa mga rings ko and my accessories because all of them have a certain meaning to me. Especially the first ring, that’s the most loved ring that I have. I think giving it to Lex was like a symbol. It’s very symbolic talaga,” he added.

Watch Alexa Ilacad and KD Estrada in the grand virtual meet-and-greet Closer: The KDLex FanCon, happening on Saturday (February 26) at 8 pm via KTX and SKY Pay-Per-View. Robi Domingo will host the fancon and will be joined by KDLex’s former housemate, Shanaia Gomez as a special guest. Regular tickets to Closer are still up for grabs on ktx.ph for only P199 while SVIP and VIP tickets were sold out an hour after they were released. The event is also available on SKY Pay-Per-View.