Nightbirde has died at the age of 31. 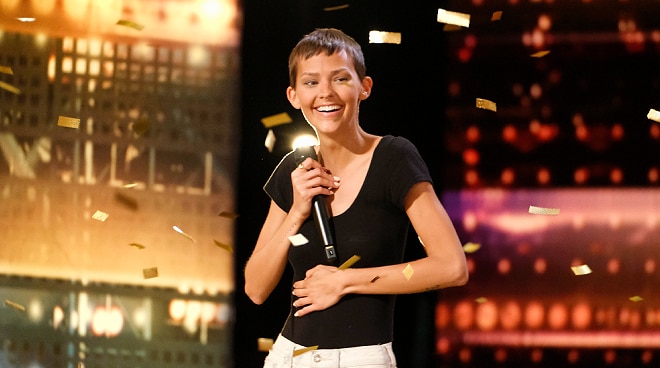 Jane “Nightbirde” Marczewski, who rose to fame for her Golden Buzzer performance on the reality singing competition America’s Got Talent (AGT), has passed away.

TMZ confirmed the news in a report, saying Nightbirde passed away on Saturday, February 19, after months of battling with cancer “which had spread to her lungs, spine, and liver.”

The family of the singer also released a statement that came out on the website as well.

"Those who knew her enjoyed her larger-than-life personality and sense of humor. She had a witty joke for every occasion — even if the joke was on her. Her lasting legacy will be the gift of hope she communicated through music and the strength she found in Jesus.”

On Twitter, America’s Got Talent paid tribute to Nightbirde for touching the hearts of millions.

“Your voice, your story, and your message touched millions. Nightbirde will always be a member of the AGT family. Rest In Peace, Jane,” wrote AGT in its tweet.

Your voice, your story, and your message touched millions. Nightbirde will always be a member of the AGT family. Rest In Peace, Jane. pic.twitter.com/dhKdrecEIv

It was in June last year when Nightbirde performed an original song called “It’s Okay” on AGT — moving the hearts of many and getting the highly-coveted golden buzzer on the show.

READ: Nightbirde withdraws from 'America's Got Talent' due to deteriorating health

In August of the same year, she withdrew from the competition due to her worsening condition. She had previously revealed that she had only 2% chance of survival due to her illness.