Ina Raymundo’s photo with her son Jakob is setting the internet abuzz. 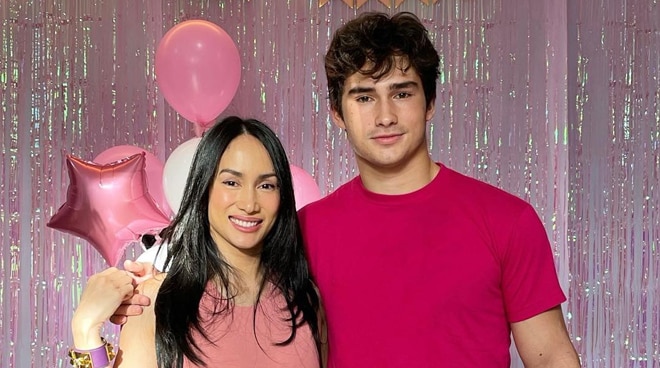 Ina Raymundo’s son Jakob Poturnak is all grown up — and even she couldn’t believe it herself.

In an Instagram post, Ina shared a photo of herself with Jakob who is now taller than her.

Ina shared how her son looked more like her older brother than her own son because of his height which appears to be taller than her.

“The upside to having a tall son, he looks like my ‘Kuya,’” Ina wrote in the caption of her post.

The 46-year-old actress then asked where her “little munchkin” went while sharing a baby photo of Jakob as well.

“But on a serious note, where did my little munchkin go?” she remarked.

Meanwhile, Ina had netizens gushing over the looks of Jakob whom many referred to as “artistahin” looking.

In 2021, Ina proudly shared that her son is now a college baseball player in the US, playing for Xavier University in Cincinnati, Ohio.

"After many years of hard work and dedication to baseball, my son is now officially a Xavier Musketeer," Ina wrote in her post. "To be playing D1 college baseball is one of the best achievements in your life, Jakob. We are so proud of you."

Jakob is Ina’s son with Ukrainian-Canadian businessman Brian Poturnak whom she married in 2003.