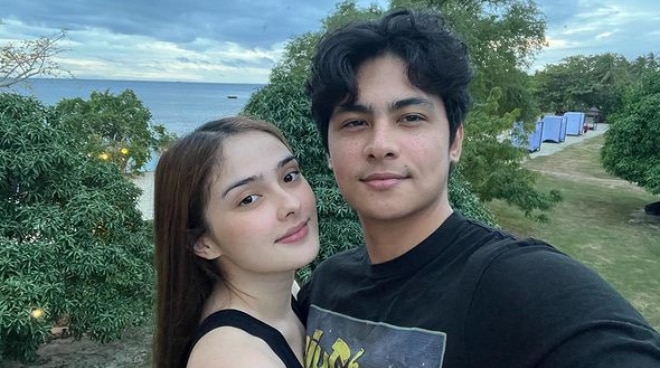 During the press conference of her upcoming film Takas, the Miss World Philippines 2021 Second Princess admitted that she and Kiko are dating.

Janelle also clarified that she was not involved in the controversial breakup of Kiko and his former girlfriend, actress Heaven Peralejo.

"Just to set things straight po, I came into the picture a few months after,” she said.

On Instagram, the 20-year-old actress also confirmed her romance with Kiko as she posted photos of them together for the first time.

It was in October last year when Heaven confirmed that she and Kiko had broken up, after dating for just less than six months.

Their relationship had been the subject of controversy, after it was rumored that Kiko cheated on his then-longtime girlfriend Devon Seron with Heaven — an allegation which the actor vehemently denied.

As of this writing, Kiko has yet to speak up on his current romance with Janelle.