Check out these behind the scene photos of 'Darna: The TV series' 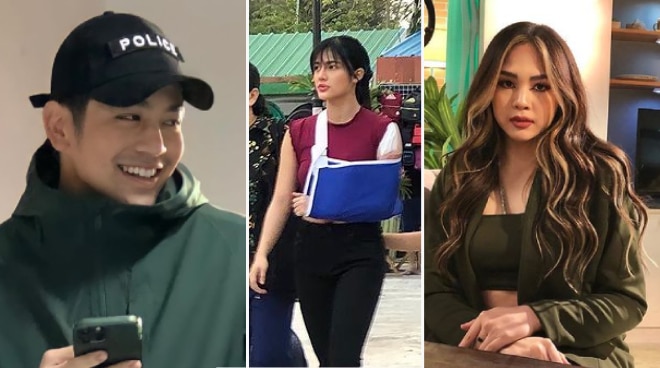 JRB Creative Production shared behind the scene photos of the Darna: The TV series set on Thursday, February 17, much to the delight of the fans.

Photos of Jane de Leon, Joshua Garcia, and Janella Salvador on the set of the superheroine series were posted by the production team on Instagram.

Jane plays the role of Darna/Narda Custodio, while Joshua portrays the role of Brian Samonte Robles, the love interest of Narda. Janella will be portraying the role of Valentina/Regina Vanguardia, the archenemy of Darna.

Other cast members like Zaijian Jaranilla and Rio Locsin can also be seen in the behind the scenes photos.

It was in December 2020 when it was announced by ABS-CBN that Darna would be pushing through as a TV series instead of being a movie with Jane as the lead star.

It was in November 2021, when it was announced that Janella will be playing the role of Valentina.

"I am very, very honored to be chosen among the many actresses who auditioned for this role. I am sure they are equally as amazing and I would like to take this opportunity to thank Chito Roño and ABS-CBN for giving me the opportunity to portray this iconic role. I promise to live up to everyone's expectations but also make it my own," she stated.