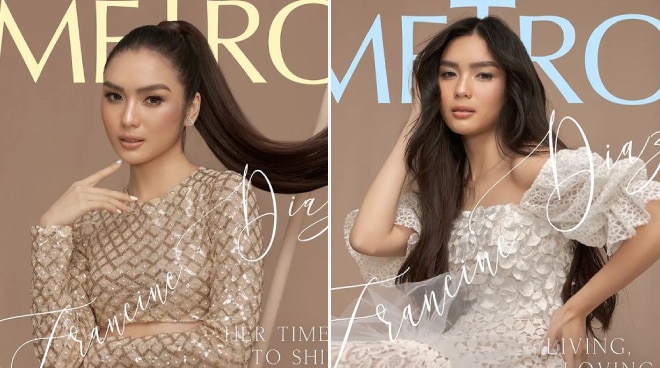 Francine Diaz is the cover star of Metro's latest issue.

"#FrancineDiaz (@francinesdiaz) has been acting for seven years out of her eighteen. She knows she still has a long way to go, a million things to learn and do, especially in her job as an actress. For many teen girls, 18 is a milestone—and it surely is one for Francine, too. But for a lot of other women, 18 is only the beginning. Thankfully, the future looks bright for Francine—and Francine’s star," Metro said in an Instagram post.

In her magazine feature, Francine talked about being appreciative of the blessings and opportunities that came her way.