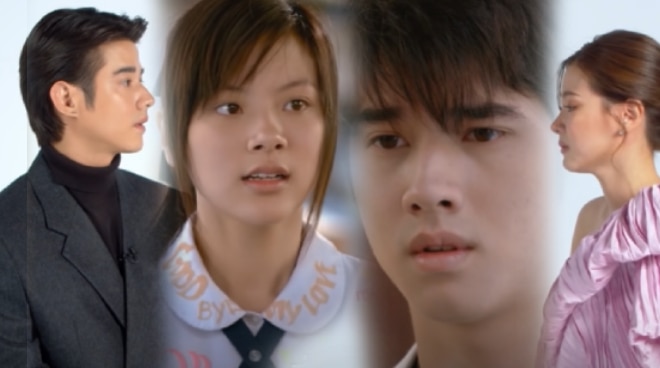 In an interview with Netflix Thailand, the two stars recreated the scene wherein Nam confessed her feelings for Shone following her major physical transformation.

“P’ Shone ka, I have something to tell you. I like you so much, been loving you for three years. I’ve done everything. Changed myself in every aspect because of you. Applied for a classical dancing club, played a stage drama, be a drum major, be better at studying. It’s for you," Nam told Shon in Thai.

"But I know for now that the thing that I should do the most and should have done a long time ago is telling you straight that I love you," she added.

Mario and Baifern are set to reunite in a new movie after a decade. They will be headlining the Netflix movie AI Love You which will be streaming soon on Netflix.

AI Love You follows the story of Bobby (Mario) whose body is taken over by Dob, an artificial intelligence of a building, and pursues a romantic relationship with Lana (Baifern).