Dimples Romana is now a student of New York University

’Viral Scandal’ actress Dimples Romana talks about her first day of online class at the prestigious US university. 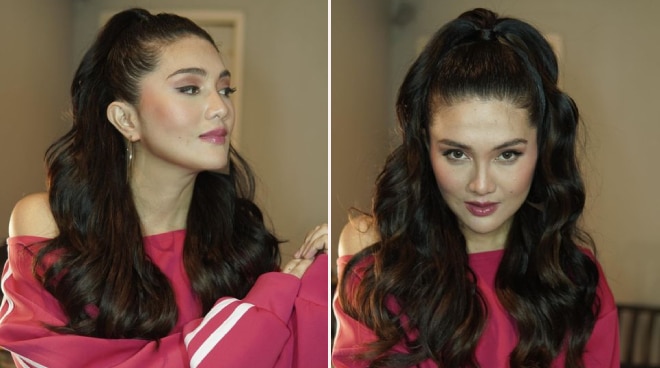 After flying to the US earlier this week in order to be reunited with her husband Boyet Ahmee and son Alonzo who flew out earlier last month, Dimples Romana shared an exciting start to her first few days abroad. The Viral Scandal actress revealed to her Instagram followers that she is now enrolled at the New York University (NYU) Continuing Education Courses. The program offers professional focused classes that provide maximum flexibility for students who can attend classes online.

In the post, Dimples shared that she is taking a class in “Analyzing the Digital Consumer” which is a required course under the Marketing and Public Relations Certificate in Social Media course which must be complete in three years.

The 37-year-old actress, who currently plays the role of Karla Sicat in the primetime series Viral Scandal, also shared a series of glamor shots accompanied by a caption empowering women to pursue their dreams and define their own happiness.

Aside from being a sought after actress and entrepreneur who owns businesses in the Philippines and in Singapore, Dimples also shared with PUSH last year her plans of putting up a Personality Development and Acting School in the future.

“Acting is my first craft. Learning it then, and learning it now. It’s a constant love affair that I have that I hope to be able to share with new generations of actors and actresses through the Personality Development and Acting School I’m putting together. Taking it from the experiences of the greatest actors and actresses that I’ve had the pleasure and honor of working with in my 24 years in the business, the keys to making it successfully in acting are pure hard work, maayos na pakitungo sa mga tao sa harap man o likod ng camera, good professional work ethics, humility in everything that you do, and openness to change and evolution.”