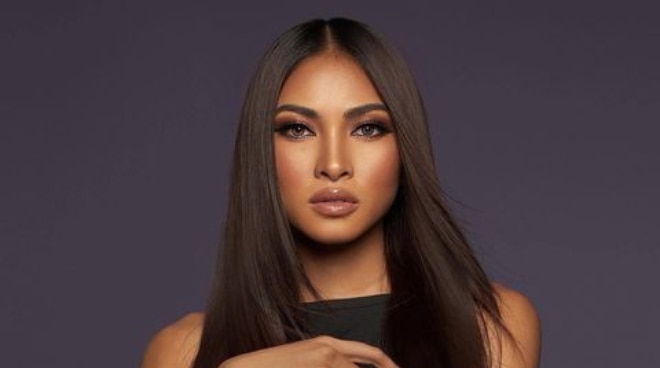 In a lengthy statement on Instagram Stories, the 26-year-old beauty queen said she is addressing the breakup "for my own peace of mind and nothing else."

"I already decided to stay quiet after people accused me of so many things. I chose to compartmentalize my own personal baggages and set it aside to focus on representing Cebu City for MUPH and after that focused all my energy in training and working hard for the Miss Universe competition. Aside from the pressure of representing the country, I had to suffer being scrutinized by people who didn't know my side of the story," she said.

While she isn't bothered by rumors involving her breakup with Kate, Beatrice said that she has had enough of the "continuous harassment" she and her loved ones had been receiving from trolls.

"Trolls went on to my social media accounts posting comments about my personal life as if they knew who I am and even up to this day, they would continue to disrespect me on a platform that I use positively for my causes. Fake news from social media corrupted so many minds. It affected even the things I advocate for, the very people who I've been rallying for way before Bb. Cebu and MUPH, tried to cancel me and told me that I only used being an LGBT member for the clout," said Beatrice, who pointed out that clout chasing is staying in a toxic relationship just to keep her fans and followers entertained.

Though the attacks and harassment admittedly took its toll on her mental health, the beauty queen said she continued to keep quiet because she didn't want to hurt anyone by telling it all.

"Until the night before the Miss Universe finals I continued to receive messages from her followers, friends, and family about how they wished I'd lose because 'I made her life miserable when I decided to break up with her,'" she said, referring to her ex.

"I can only endure so much for too long. It is hard to advocate for mental health when I myself struggled through pressure, anxiety, and even depression."

In her statement, Beatrice said that the real reason she broke it off with her former girlfriend was that during the Miss Universe Philippines competition, she discovered that Kate had been cheating on her for over a year. already.

"After a series of confrontations, I learned that she had already been entertaining a person named 'Adam' for over a year during our relationship, she's made out with someone, made a move on other girls, and have been going out more often than usual that there were even times she wouldn't come home for days. I wouldn't know where she was or who she was with. I didn't recognize her anymore and things began to change. People warned me about what she's been doing and yet I continued to defend her and even tried my best to make it work," she said.

Though she acknowledged that she, too, was to blame — "I focused too much on trying to grow without realizing that I've been taking her for granted,"  Beatrice said that Kate made herself the victim of the breakup, and that she didn't have to explain herself "because I was already being antagonized and everyone's sympathy was with her."

Towards the end, Beatrice expressed her gratitude to the people who were constantly present for her as she was going through the split during her Miss Universe PH stint.

"That kind of support grew when I won and was about to compete for MU (Miss Universe). People who said they'd be here to support me when I needed them only wanted to be present when I already won," said Beatrice.

She also said that she hopes the best for both of her and Kate moving forward.

"I did love her. I don't regret anything in the six years that we've been together. I loved her until the last day I was with her," she said.

"We both deserve to be happy... genuinely happy."