Nikki Gil posts sweet message for husband on his birthday 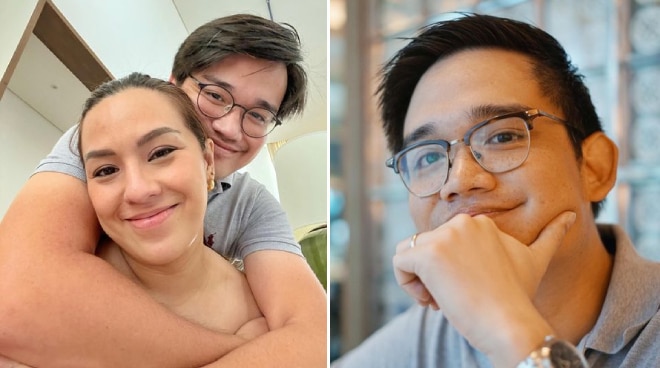 Through an Instagram post, Nikki wrote a short but still touching birthday greeting for her "bestest friend" BJ, as she posted photos of him with their growing family.

"Happy Birthday to my bestest friend, @bj_albert. There’s no one I’d rather be sharing memes, webMD links and Wordle scores with. Here’s to more wine and Yan-Yan while the kids are asleep. Love you!" she said.

Nikki and BJ have been married since 2015. They tied the knot in a garden ceremony in November 2015 at the Sta. Elena Golf and Country Club in Laguna, after nine months of being engaged.

The couple were schoolmates at the Ateneo de Manila University. They were in the same circle of friends but were not officially introduced until a mutual friend set them up for a date in late 2013. At the time, Nikki had just split from her boyfriend of five years, television host and singer Billy Crawford.

Previously, the theater actress described her husband as "a man of God."

“He is sunshine, he is light, he is love,” she said. “If I were to describe him as a person, he’s a people person, very amiable, very proper, super-intelligent, very responsible and very prayerful as well, which is the thing that I’ve been asking God about a man I’d end up with… a man of God.”

Nikki and BJ now have two kids. Their firstborn, Finn, turned 4 just last November, while their youngest, Maddie, was born in October 2021.