Julia Barretto once again channeled the inner adventurer in her through her latest vlog. 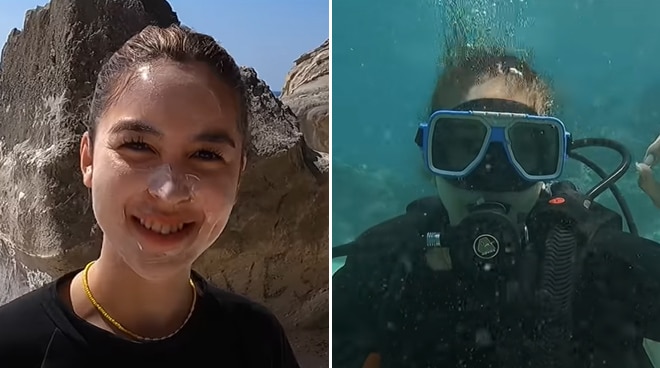 Julia Barretto sure isn’t afraid to try something new from time to time — and proof of that is her recent attempt to try out ocean diving.

Julia joined her boyfriend Gerald and his brother Ken on a trip to Camara Island in the province of Zambales.

“Hey, guys! Today we took Julia on her first-ever dive in the ocean! We went to Camara Island in Zambales and it is absolutely beautiful here. How did she do? Hopefully, this leads to more diving in the future! I hope you enjoy the video!” Ken wrote in the caption of his vlog.

Julia admitted it was her “best day ever.” She said she did not panic contrary to what Ken thought she felt during the whole experience.

Meanwhile, Julia uploaded a separate vlog where she documented her scuba diving adventure with Gerald.

Unlike Ken’s video, Julia’s version showed more intimate moments between her and Gerald.

In the said vlog, Julia also gave her fans a tour around the island.