‘The Goodbye Girl’ actor Rico Blanco talks about the advantage of dating someone from showbiz. 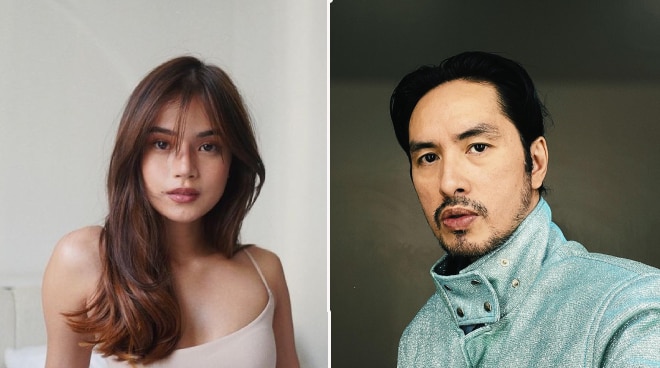 Ever since going public with his relationship with Maris Racal last year, singer and actor Rico Blanco said he is now more open when it comes to his personal life especially since he understands it comes with the territory of being in a high profile relationship. He explained the rationale on why it was different before when he was just a singer.

“Before, I wanted people to focus lang on the project whatever it is. If I’m doing a presscon for my album, let’s talk about that project. Ayoko lang na iba yung pinag-uusapan kasi nahihiya ako sa nag-organize ng presscon, sa producer ng show, ganun, tapos iba yung pag-uusapan. But now I think I’m a little more mature. I know how it works, I know about views and eyeballs. Kasi nag-mature na din ako sa industry eh. Dati I was just a guy in a band di ba and we don’t know how the bigger picture works so we’re so protective about our art and our image and all of that. I guess it comes with maturity. Ngayon siguro at peace na ako sa na-achieve ko all these years so parang hindi na ako takot to put myself out there for who and what I really am,” he explained during The Goodbye Girl mediacon.

READ: Rico Blanco on returning to acting in ‘The Goodbye Girl’ series: ‘It’s good to be back’

The 48-year-old artist said that his girlfriend’s attitude towards social media is different from his approach. But it has encouraged him to become more open with his fans.

With Valentine’s day fast approaching, couples usually make plans for a romantic date during this time of the year. But Rico shared why it’s okay that he and Maris won’t be going out on the 14th.

Watch Rico Blanco and Maris Racal in “The Bitter Hopia” episode of The Goodbye Girl. Produced by Dreamscape Entertainment and Clever Minds Inc., The Goodbye Girl starts streaming on February 14, with a new episode dropping daily on the iWantTFC app (iOS and Android) and website (iwanttfc.com).