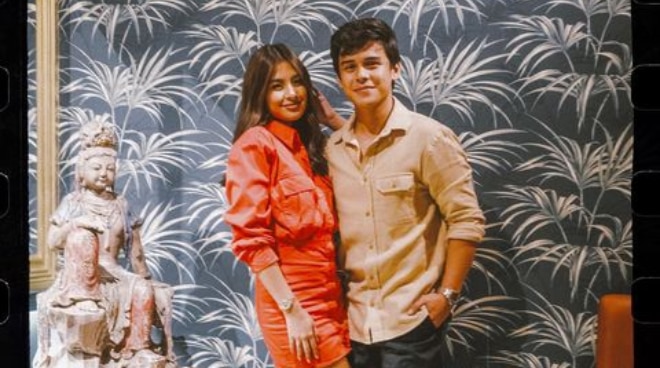 Celebrity couple Gabbi Garcia and Khalil Ramos celebrated Valentine's Day in advance by going on a romantic dinner date at a Thai restaurant in Makati.

Sharing photos of their date on Instagram, Khalil explained that he and Gabbi decided to have an early Valentine date as they will be spending the next few days in lock-in taping for a project.

"4th Valentine’s together...Had an amazing time with you, my lifelong valentine @gabbi," he also said.

Khalil, 26, and Gabbi, 23, are set to celebrate their fifth anniversary as a couple this coming February 22.

The two first confirmed being in a romantic relationship in 2018. Previously, they revealed that it was their good friend Kathryn Bernardo who introduced them to each other during the debut of Julia Barretto back in 2015.

The couple recently opened up about their future plans together in an interview with G3 San Diego for MEGA Entertainment, with Khalil saying they consider marriage as the ultimate goal of their relationship.

“Ako kasi, whenever I get into a relationship, I’m the type of guy who dates to marry talaga. I have friends who date to marry. I hope it’s not rare," the actor said.