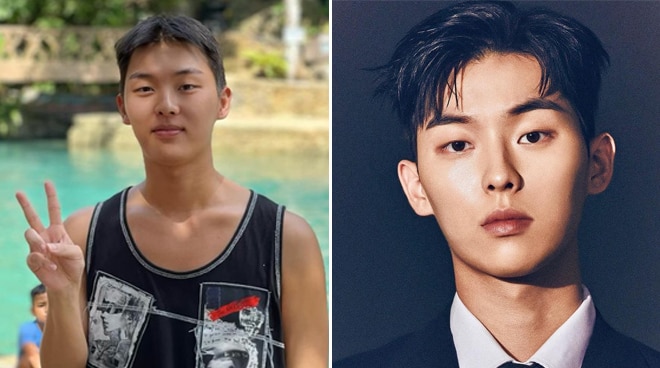 Twenty-Five Twenty-One star Choi Hyun-wook was spotted taking a vacation in the Philippines.

The South Korean actor spent some time at a resort in Antique. Malumpati Cold Spring's Facebook page posted snapshots of the actor at the resort.

Various Filipino fans also had the opportunity to take photos with the actor while spending time at the resort.

One fan who took a snapshot with the actor posted a photo on social media and said: "Ang bait tapos ang gwapo niya sa personal."

On his Instagram Stories, Hyun-wook posted a photo and a clip during the time he spent in Boracay.

Hyun-wook started his career as an actor in 2019 when he starred in the web drama Real: Time: Love.

Afterward, he starred in the television series Taxi Driver and Racket Boys. Following his stint in the series, he bagged the Best New Actor At The 2021 SBS Drama Award.

Hyun-wook catapulted to international popularity after starring in the hit K-Drama Twenty-Five Twenty-One which ran from February to April 2022.

The actor played the role of Moon Ji-woong, the most popular boy in school and who fell in love with fencer Ko Yu-rim (Bona).

In an interview with Naver back in April, Hyun-wook shared what he learned from his experience working in the show Twenty-Five Twenty-One.

"I always feel like I learned a lot after I finish filming. There’s just something about being with the director, the writer, the staff members, and the other actors for six to seven months that leaves a mark,” he said.

“There are things that I learn on set and things I feel from the conversations that we have. I think all this will help me in the future in some form while I’m acting," he added.

When asked about his thoughts on his rising popularity following the series, he stated: "There are a lot of people who recognize me these days. I was surprised and quite shy about it.”

He added: “When I was eating at a restaurant, people would call me Class 7’s ‘pretty boy’ instead of my name, and I was often contacted by my friends who said that their parents love watching the drama as well. I’m just so thankful."