AC Bonifacio shared an update about her music journey. 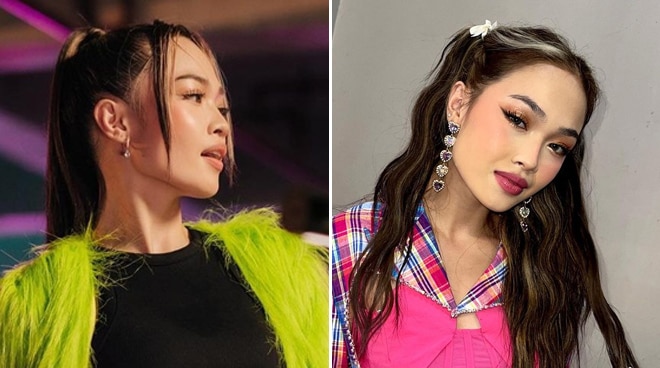 In an interview with TFC News, the Kapamilya star shared: "The stuff I’m doing here [in LA] is for a bunch of things that will soon be released in the Philippines."

"I have an original song coming out that I wrote with sir Jonathan (Manalo) and Jeremy (Glinoga), coming out very soon, also a Hollywood song that'll come out maybe sooner than you think,” she added.

The singer-dancer shared that one of the songs is a collaboration between her and an American artist whose name is yet to be revealed.

AC recently traveled to the US for the three-city Star Magic: Beyond the Stars tour.

"I feel like we’re back to normal po talaga because right before the pandemic, before lockdown happened, I was in LA doing stuff for Dance On and other brands and it paused for two years," she said.

She continued: "I missed all my friends. I missed tours. I missed dancing and now that we’re back to doing tours with Star Magic, with ABS, with my family and co-artists, it's amazing and I know everyone is going to enjoy the stuff we do."

AC released her first single back called "Fool No Mo” back in November 2021.

Jonathan Manalo and Trisha Denise composed the track while AC wrote the rap part of the track.

"I am so excited to be part of Star Magic Records and to finally release music. It’s something that I definitely wanted to do for a while now," she said in an interview with Manila Bulletin back in November.

"It sounded so different when it was given to me in July. But what I love about working with Star Magic Records and Sir Jonathan Manalo is that they are very collaborative. We really took the time to make the song to be how we wanted it to be," she said, referring to the track.