Aaron Carter’s death was shocking news for everyone. 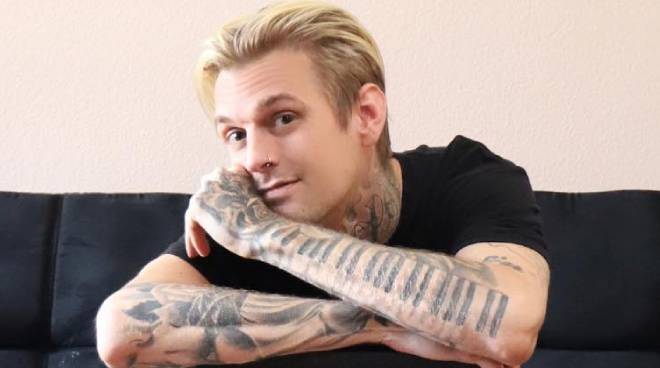 American singer-rapper Aaron Carter was found dead in his home in Lancaster, California. He was 34 years old.

Investigators have yet to announce the cause of his death.

The Los Angeles Police Department confirmed that officers responded to a 10:58 AM call regarding a suspicious death at the singer’s residence. At the time, the police still hadn't officially identified the body.

According to TMZ, Aaron’s sitter found his body in his bathtub and called authorities soon after.

"My fiancé Aaron Carter has passed away. I love Aaron with all my heart and it’s going to be a journey to raise a son without a father,” Melanie said.

“Please respect the privacy of my family as we come to terms with the loss of someone we love greatly. We are still in the process of accepting this unfortunate reality. Your thoughts and prayers are greatly appreciated,” she added.

Aaron’s family and management will also release a statement soon according to his representative at Big Umbrella Management.

Aaron rose to fame after releasing his self-titled debut album back in 1997 when he was only nine years old.

Aaron was also the brother of Backstreet Boys member Nick Carter, who filed a restraining order against him back in 2019 “in light of Aaron's increasingly alarming behavior.”

Aside from making music, the American singer-rapper also ventured into acting, appearing on shows including Lizzie McGuire, Sabrina, the Teenage Witch, and 7th Heaven. He also appeared in different films as Fat Albert and Supercross.

Various celebrities took the time to post their condolences on social media. One Tree Hill actor Tyler Hilton, who had been a close friend of the singer, couldn't believe the news.

“Known him for years and always really liked him, he was warm and really funny. Loved putting on a show and he was good at it. I'll find some pics of us and post more later… damn RIP budddd," he shared.

90s boy band New Kids on the Block was also surprised with the sudden passing of Aaron.

On Twitter, the band offered thoughts and prayers for the family of the singer.

“We are shocked and saddened about the sudden passing of Aaron Carter. Sending prayers to the Carter family. Rest in peace, Aaron," the statement wrote.

In September 2022, Aaron voluntarily checked himself in a rehab center in hopes to regain custody of his then-10-month-old son, Prince.