Herlene Budol waited for hours at the airport just to get her costume. 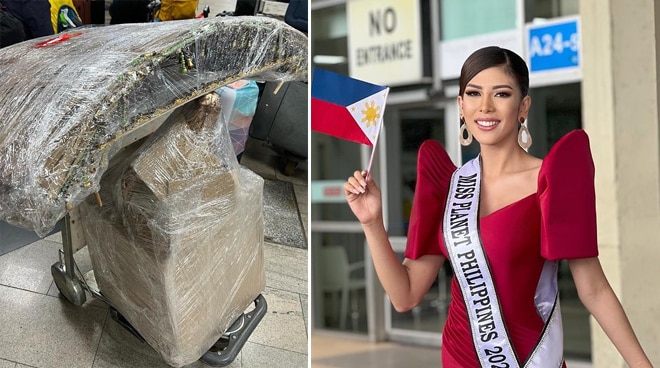 Herlene Budol, more popularly known as Hipon Girl, cried for help after her national costume for the upcoming Miss Planet International competition failed to make it to Uganda. On her Instagram, the beauty queen shared her experience with the airline that handled her outfit.

Despite the pleas for consideration, the airline insisted on the box containing the costume be pared down to smaller packages. Herlene became more emotional after finding out that the main body of her costume didn’t arrive in Uganda.

The Binibining Pilipinas first runner-up winner tagged Ethiopian Airlines in her post to ask for their help in locating the missing piece of her national costume. The airline has yet to respond and give a statement with regards to Herlene’s petition.

Herlene is in Uganda to represent the Philippines for the upcoming Miss Planet International pageant. If she manages to win, she will be the first Filipina to win the crown.

Herlene previously shared that she is afraid that she will disappoint her fellow Pinoys but nonetheless she will try her very best to snag the crown.