Actress Ynna Asistio has introduced her newborn baby, Ava Zafina, to the world. 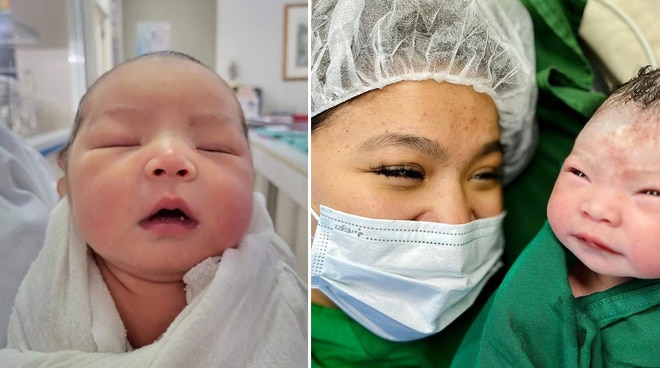 Actress Ynna Asistio has given birth to her first child with her husband Bully Carbonell.

On Instagram, the daughter of screen veteran Nadia Montenegro announced that she gave birth to her baby Ava Zafina last October 26 at 3:03 a.m. via normal delivery.

“Hello World! I’m finally here! Few weeks ago I got confined due to pre-term labor and was on strict bed rest for almost 2 weeks, then on October 25 my bag ruptured and I was in labor for 15 hours!” she wrote.

“Ngayon ko lang naiintindihan yung sinasabi nila na grabe and experience of giving birth. Life changing and it made me realize how amazing it is to be a mother,” she said. “All the pain and contractions and IE was all worth it hahaha! First time I saw you baby nawala lahat ng pain you came so early pero ang perfect ng timing mo!”

Ynna announced her pregnancy last August, shortly after tying the knot with her non-showbiz husband. She and Bully got married in a civil ceremony in Muntinlupa City, just a month after they got engaged during a trip to Bohol with their families.