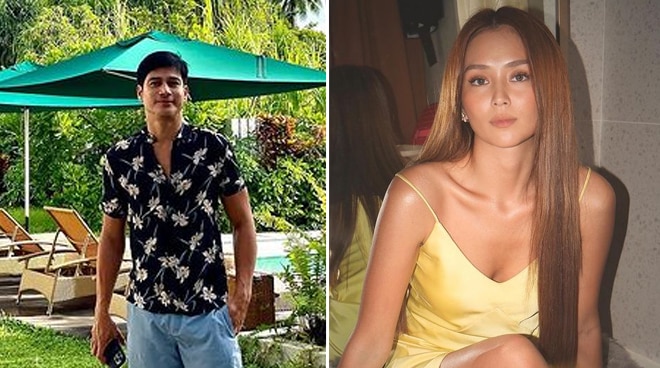 In an interview with Star Magic, Piolo talked about partnering with Kathryn and expressed his admiration for the actress for venturing into entrepreneurship at her age.

"It's nice [to partner with her] because she's only in her 20s. The kind of businesses that she's getting into are still conservative but in a way calculated risks. So you know, it's admirable especially for her age. She's not stopping," Piolo said.

Pascual said she inspires other young people to do the same and not limit themselves.

Piolo added that Kathryn inspires other young people to do the same and not limit themselves when it comes to putting up a business. “It's a brave thing to do. I had to save up a couple of years just to be able to do something like this," he stated.

When asked if he always dreamed of having his own resort, he replied, "Yeah, it has always been my dream to have a nice building, a hotel building, and a resort, so I mean why not?"

On the concept of the resort, Piolo shared that for the vibe, they wanted to "make it young."

"So even families and barkadas can enjoy it. So we have the tropical feel by the pool. But we still want it to make it kind of Filipino so we wrapped it around with twigs to subdue then you know just the accents outside and fill it with plants, para forest. It is very diverse, the pool is nice, we have the kiddie pool, and 50 meters 'yung beach, and we have the restaurant so it can cater to any demographic," he explained.

Piolo relayed that he has been very hands on in constructing the resort sharing that whenever time permits, he flies to El Nido.

"I have been here several times the last few months and whenever I would have free days I would jumped in the plane and stay here for three days. Every time I get a free few days I come here right away," he stated.

The Kapamilya star admitted that building a resort is not easy. "There are so much birth pains in any business. Siguro I will be terrified kung wala akong learnings, kung walang mga misgivings pero kasama 'yun eh," he said.

Are they going to build another branch of Isla Amara in the future?

"Of course, it is on the pipeline. This is our try out, this is the guinea pig, and we go from here. Kasi hindi siya biro eh. You want everything to be perfect for the experience of the customer but you can't be know it all so siguro nanamnamin mo muna you know 'yung experience kasi like my partners this is their fifth or sixth business in the hospitality so they know na so at least hindi na ganun kalaki 'yung hassle," he said.

In the same interview, Piolo also shared what's next for him after Flower of Evil."I'm working on a film The Ride with Kyle Echarri. We are co-producing it with Cornerstone. I am touring first with Jericho (Rosales) in the US then when I come back I'm doing The Ride," he stated.

He added, "The Ride is an action film, father and son on the run so madugo pero I like it because it's different so you kind of be away from the usual formulas so when I read the script I said yes right away."