Ji Chang-wook will be holding his fan meeting in Manila on November 6 for clothing brand BENCH. 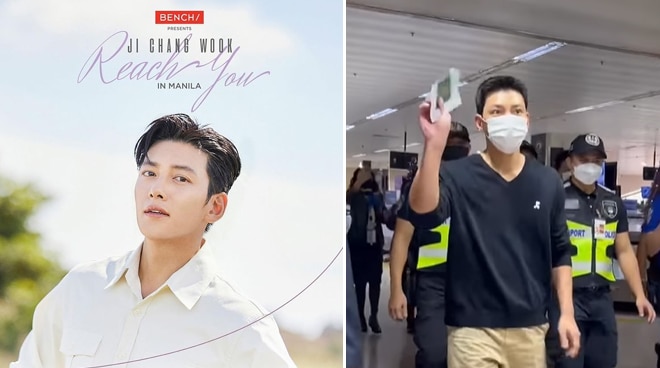 Korean star Ji Chang-wook has arrived in the Philippines for his fan meeting in Manila for clothing brand BENCH.

"Mabuhay @jichangwook and welcome to the Philippines! Your favorite oppa is here and he can’t wait to meet his fans soon. See you all on Sunday!" Ben posted on his Instagram page.

Chang-wook will be holding his Reach You fan meeting in Manila at the SM Mall of Asia Arena on Sunday, November 6.

Days before his fan meeting, the Korean actor delivered a message for his Filipino fans via a video, which was posted by Ben on Instagram.

"To all my Filipino fans, it's been really a long time since I have greeted you. I am going to meet all of you who have always supported me. I will see you soon at the BENCH Ji Chang-wook fan meeting tour Reach You In Manila," he said in the video.

The Korean actor added, "I am already excited at the thought of seeing you all! I hope you guys look forward to our special time together! See you at the Mall of Asia Arena on November 6!"

Chang-wook is a Korean actor and singer. He began his career in musical theater. He portrayed his first lead role in a drama series in Smile Again from 2010 to 2011 which catapulted him to fame.

Ticket selling for Ji Chang-Wook Reach You in Manila is still ongoing. Get your tickets now in all SM Tickets outlets nationwide or online via smtickets.com.

For updates and more details, visit shop.bench.com.ph and follow the social media accounts of BENCH.