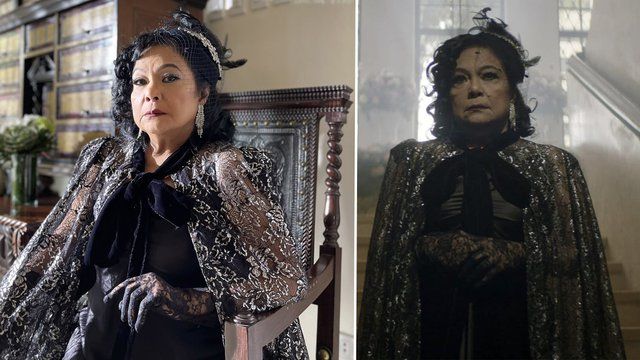 National Artist Nora Aunor truly remains a superstar. Now almost 70, she still continues to make her mark on the industry.

Kontrabida, a film which Nora starred in, recently won in the 6th Hanoi International Film Festival. With her in the film are veteran actors Bembol Roco, Jaclyn Jose, Rosanna Roces, and Julia Clarete. The awards ceremony was held at the Friendship Palace in Hanoi, Vietnam. The film, which has the international title The Villain’ won the Network for the Promotion of Asia Pacific Cinema (NETPAC) Prize for Best Asian Film.

This was actually the first time Nora played a villain in a film.

"First and last, ‘di na ito mauulit,” she shared when she was just about to make the film.

Director Adolfo Alix Jr. felt it would be interesting to see Nora play a villain this time around.

“I just thought of the idea of making Ate Guy a villain since she is always the heroine in her films. I thought that it would be a challenge for her to play kontrabida,” he explained. “At the same time, this would give me the opportunity to tackle the duality of onscreen and offscreen personas of an actor.”

In the film, Nora plays Anita Rosales, an old actress who struggles with isolation and loneliness.

“Since she plays an actress from the heydays of cinema, her character dresses up the part and maintains that look,” shared Alix about Nora’s character.

Although it is not the usual role one would see Nora in, Alix believes it still highlighted Nora’s acting chops.

“This is also a role that I think Ate Guy does best—quiet yet penetrating,” he said. “How she makes the audience empathize with her with the most mundane circumstances proves her power and experience as an actress.”

Despite always playing the bida, Nora believes that a kontrabida plays an important part in a story.

Alix confirmed that news of the win already reached Nora, and it is her hope that her fans would soon get to watch the film.

“She is very happy with the news. She is thankful to the jury and is excited for her fans to see the film,” he said.

There is still no definite release date for Kontrabida in Philippine theatres.

“As of now, the producers are studying for the best playdate for the film. Ngayon pa lang kasi starting to get back to normal and theater and moviegoers,” Alix explained.