Fans of Darlene Vibares were surprised to see her on stage. 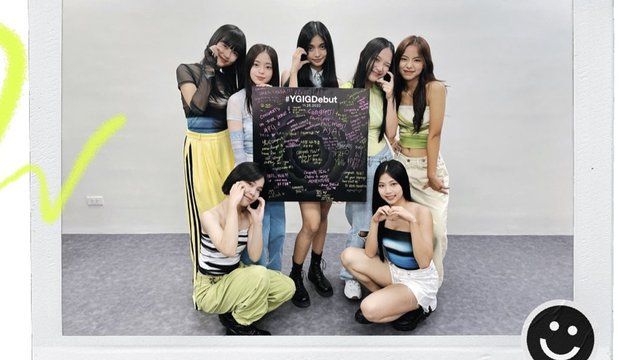 After her successful stint on The Voice Kids Season 1, Darlene Vibares is now part of the recently debuted P-Pop girl group, YGIG. It has been eight years since Darlene wowed Filipino fans with her vocal prowess after she sang “Girl on Fire” during the blind auditions for The Voice Kids.

Fans of the singer were surprised to hear that she would be part of the seven-member girl group that SBTown introduced.

READ: This is how ‘The Voice Kids’ season 1 finalist Darlene Vibares looks now

Darlene played an important role in their debut song, “Shaba Shaba”, as she acts as the main vocalist and rapper for it. The 18-year-old singer also shared how international superstar Ariana Grande plays a part in her musical journey.

“My musical influence is Ariana Grande. I like her singing style and while watching her, I learn a lot of techniques,” she shared.

The former Voice Kids finalist described their debut song as a story of a girl determined to make the person fall in love with her. YGIG contributed in writing the lyrics and the choreography.

“‘Shaba Shaba’ shows the determination and the perseverance of girls achieving the greatest version of themselves… Initially, this song is about a confident girl who likes someone. But whenever that person is right in front of her, she gets very shy and very intimidated. That leads her to cast a love spell to be able to get him,” she added.

Darlene was joined by her six other members—Alexei, Maeg, JM, Vien, Hazelyn, and Jewel during the media conference for YGIG on November 25 in Quezon City. They were all trained by SBTown’s trainer, Addie Hong, who also trained P-Pop boy group SB19.

She previously placed fourth behind Lyca Gairanod, Darren Espanto, and JK Labajo in the finals of The Voice Kids in 2014. She was under the team of veteran musician Lea Salonga.