US-based fans of Donny Pangiinan and Belle Mariano were happy to meet and greet their idols as they made the rounds promoting their film ‘An Inconvenient Love’. 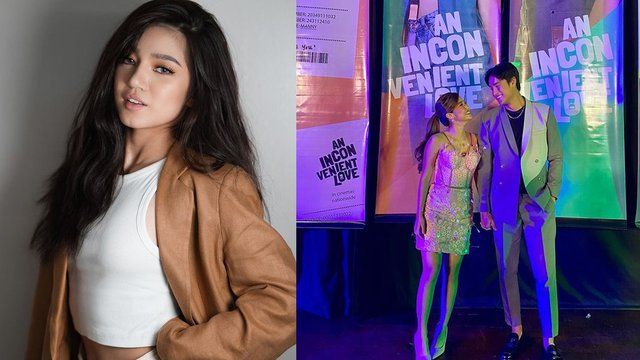 The love team of Donny Pangilinan and Belle Mariano, or DonBelle as their tandem is often referred to, has been busy making the rounds both locally and internationally as they promote their latest film, An Inconvenient Love.

Not long after their series He’s Into Her hit the air, Donny and Belle became household names.

Donny admitted that he didn’t expect the reception to their show to be that big.

"Going into 'He's Into Her,' we were all just very hopeful that people will love the show and enjoy the show,” he shared. “We didn’t really have that much expectation because during that time we were also going through a lot with the pandemic, with ABS-CBN. We didn’t even know If there was going to be a show.”

He’s Into Her went on to have a second season and their first film  together Love Is Color Blind was equally well-received. They also got to be part of the ASAP Natin ‘To concert tour, after which they were able to spend some down time playing tourists.

While they have made a name as a love team, Donny and Belle have also been recognized as individuals for their talents and influence.

DonBelle’s candidness and authenticity charmed viewers of all ages, and they have amassed a loyal following who call themselves “Bubblies”. Their fans are not just in the Philippines, but abroad as well.

They found out, to their surprise, just how many fans they had in the US when they flew there for a series of live concerts. Donny and Belle felt the love as they were warmly welcomed by the Bubblies there.

Aside from meeting with the press, Donny and Belle were also able to bond with Filipino-Canadian Ginny and Georgia actress Chelsea Clark. They got to catch up with He's Into Her co-star Rajo Serrano and also visited Manny the Movie Guy and NBC Palm Springs.

"I never expected any of this to happen and now I’m so grateful that we are able to not just meet our fans in the Philippines, but to be here [in the US], to be given this opportunity, to be with you guys and to be able to promote our movie internationally, it's truly big," said Belle.