'On the Job: The Missing 8' wins the most awards at the 45th Gawad Urian 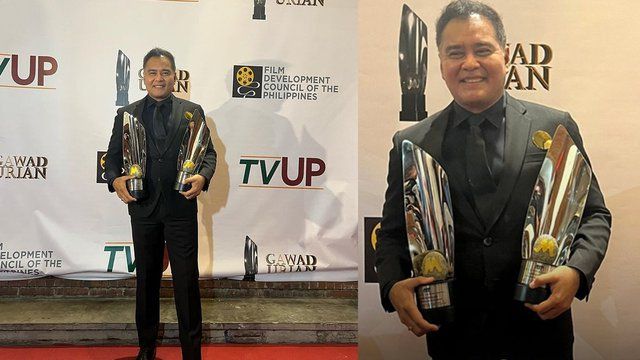 Gawad Urian is an award-giving body formed by film critics, or  members of the Manunuri ng Pelikulang Pilipino. It has been around since 1977 and is considered as one of the most prestigious award-giving bodies in the country.

The 45th Gawad Urian was held last November 17, 2022 at Cine Adarna at the University of the Philippines Diliman in Quezon City.

On the Job: The Missing 8 shared the award for Best Film  with Big Night. It also tied with Walang Kasarian ang Digmang Bayan for Best Editing.

John Arcilla won the Urian for Best Actor for his excellent portrayal of Sisoy Salas in the film On the Job: The Missing 8. It can be recalled that he also won the prestigious Volpi Cup at the 78th Venice Film Festival for the same role, the first Filipino and Southeast Asia actor to do so. Early this year, John was also awarded the Camera Obscura Artistic Excellence Award, which is the highest honor that the Film Development Council of the Philippines (FDCP) gives.

Meanwhile, Yen Santos bested other veteran actresses as she won the Gawad Urian for Best Actress for her performance in the film A Faraway Land.

She shared her win on Instagram with the caption: “A moment I will treasure for a lifetime.”

Friends and colleagues were quick to congratulate her, including co-actor and rumored partner, Paolo Contis.

The full list of awardees for the 45th Gawad Urian are: