After everything that has happened this year, Carla Abellana looks back and celebrates herself. 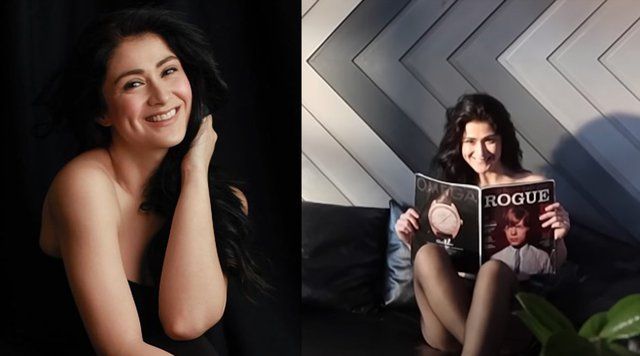 Actress Carla Abellana went all out in her latest photoshoot as she wanted to try something different from her usual shoots. In her latest YouTube vlog, Carla offered a glimpse of the photoshoot and her new experience.

The actress shared how extra meaningful it was for her as it also marked a year since her marriage.

“It fell on October 23, 2022. Exactly a year after the day I got married. Why? Simply because it was the only day that everyone in the entire team was available. Perhaps because of a more meaningful reason, we ask? Well, only God knows, really,” she shared.

Carla revealed that it was a photoshoot she had never done before as they opted to go for a much mature theme. The actress was hesitant to try it out at first, but she let her fears and doubts out the door the moment she faced the cameras.

“We meant it to be dark, deep, messy, brave, and bare. It was months in the making, but for very important reasons. Everything eventually fell into place and I still felt I wasn't ready to do it, but I just surrendered all control and anxieties and dove right in,” she wrote.

The actress added that she also wanted to do this photoshoot for her own peace of mind. Carla wanted to celebrate herself a year after her marriage with actor Tom Rodriguez. After their controversial split, the actress decided that she is still blessed to live.

“So I said a prayer to God before that day started and reminded myself that I was going to do it not for anybody else, but for myself. I figured it was time to honor and celebrate ME. I thank God for my life and the very blessing that I am alive today,” she added.

Carla and Tom tied the knot October last year and separated months after their marriage.