Kristel Fulgar signs with an entertainment agency in South Korea

Kristel Fulgar marked a new chapter in her journey in South Korea after signing with an entertainment agency. 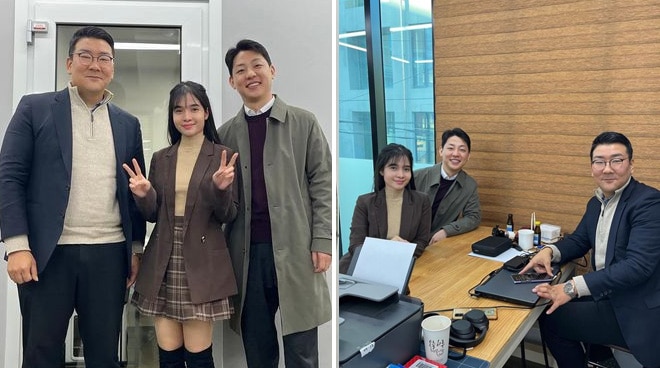 In her recent YouTube vlog, Kristel documented her meeting with Jay Han, the CEO of the agency.

"So I signed with Five Stones Entertainment because for me to have a working visa here in Korea. Kasi kapag kumuha ako ng student visa, they would require me two semesters," Kristel shared.

It can be recalled that in one of her previous vlogs, Kristel shared that she went to Korea to enroll in a school to study the South Korean language.

After signing with Five Stones, Kristel got her working visa in South Korea.

"Since they (referring to Yohan and Mr. Han) are friends and they do business together, they said they would provide me an E6 Visa, which is a working visa here in Korea," she shared. .

Now that she is managed under an agency there, Kristel said that Yohan had been encouraging her to try out show business in South Korea.

"He said, 'Why not try out show business here?' But I'm not prepared for that guys, so huwag muna kayo magi-expect," Kristel stressed.

The Filipino actress said that she is not yet confident with her South Korean language skills, hence she wants to study and polish it first.

Kristel admitted that she feels pressured whenever she thinks about joining show business in South Korea.

"Alam mo 'yung showbiz sa Philippines is so tough now, how much more here? I am not expecting anything here. I just want to enjoy! When I'm starting to think about it, parang I feel pressured," she confessed.

Meanwhile, Yohan shared that Mr. Han believes Kristel has what it takes to make it in Korea.

"Mr. Han sees a good chance in you. He sees good potential and you passed the Korean beauty standards... Maliit 'yung mukha mo which is a very important criteria for Korean showbiz," Yohan told Kristel.

Kristel arrived in South Korea back in September.

In a vlog she uploaded in September, Kristel shared that was supposed to travel to South Korea back in July, but postponed her trip after she contracted COVID-19 that time.

Kristel has been documenting her life in the country on her YouTube channel since she arrived in South Korea.