Ahn Hyo-seop is the new face of this Filipino clothing brand. 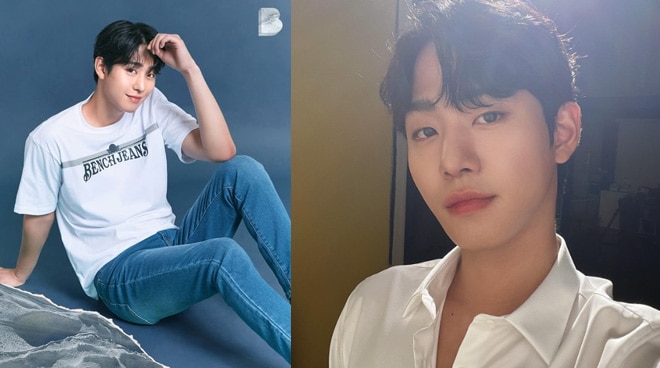 "Here comes the boss and he's out to steal our hearts! We're delighted to officially welcome Ahn Hyo Seop to the BENCH/ fam," BENCH posted on November 18 across their social media channels.

Hyo-seop is the face of BENCH's Heritage Tee collection.

Filipino fans were quick to express their excitement online following the announcement.

Recently, South Korean actor Chang-wook had his fan meet in Manila. Meanwhile, BENCH announced that K-Pop group Stray Kids will have a fan meeting in Manila in January.

Hyo-seop is a South Korean-Canadian singer and actor based in South Korea. He rose to global prominence with his recent Korean series Business Proposal, where he starred alongside Kim Se-jeong.

He played the role of Kang Tae-moo, a CEO of a food company forced to go on a blind date by his grandfather, who wanted him to get married.

In an interview with Dazed Korea back in April, the actor was asked about his thoughts following the big success of Business Proposal.

"I received so much love because of this drama that it’s made me really want to repay all that love. There aren’t that many ways I can repay that love, but I want to create great roles in great projects, so that I can touch viewers’ hearts even more and bring them even more joy," he remarked.

Read: ‘Business Proposal’ stars Ahn Hyo-seop and Kim Se-jeong share their first impression of each other

Other projects of Hyo-seop include Lovers of the Red Sky, Dr. Romantic, Abyss, and Still 17, among others.

Hyo-seop is set to star in the upcoming Netflix series A Time Called You, which is the South Korean adaptation of the Taiwanese series Someday Or One Day.

Back in May, Hyo-seop launched his own agency called The present co. alongside his longtime manager.