Chito Miranda, Neri Naig are in the process of legally adopting their daughter. 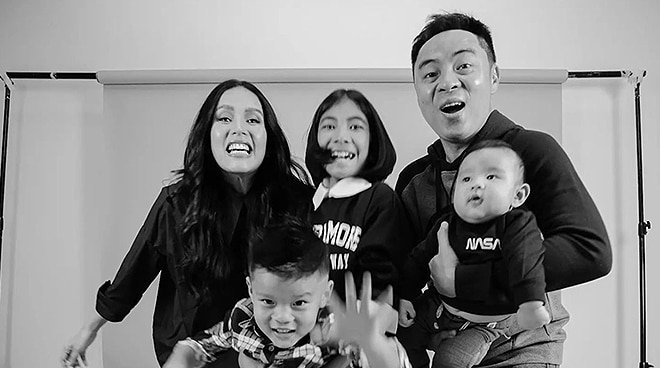 Celebrity couple Chito Miranda and Neri Naig-Miranda shared in Karen Davila’s latest vlog how they’re in the process of legally adopting their daughter, Pia. The couple opened up about their growing family and how it’s been ever since their daughter came into their lives.

Karen asked the couple how important it was for them to legally adopt their child.

“Sa akin important because para lang to avoid confusion. When I told her na we wanted to be her legal [guardians] parang siya, ‘Finally I can call you daddy’ parang yun na importante sa akin. Everything else is just for formalities pero yun talaga yung goal ko, I just want her to be ours. She’s such a good ate kay Miggy pati kay Cash,” Chito shared.

The singer-songwriter mentioned that their “Ate P” is a blessing to them and he can’t wait for his daughter to carry his surname.

Both of them noted that Pia has been their daughter ever since they met her. She was never different from her two siblings, Miggy and Cash, who have treated her as their older sister.

Chito and Neri also talked about the different business ventures they invested in and how important it is to save up for their family’s future.

The couple tied the knot in a garden wedding in December 2014.