Is this another movie project for Alessandra de Rossi and Empoy Marquez? 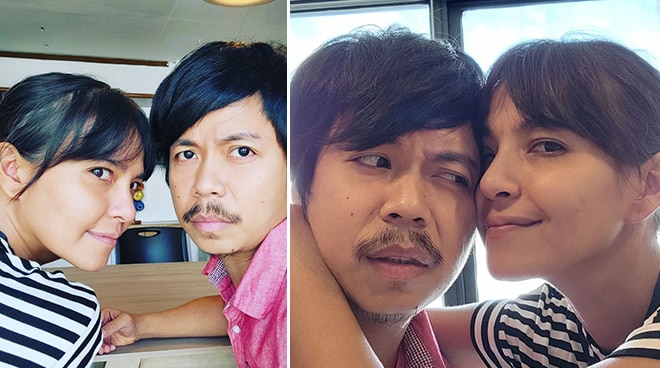 Kita Kita stars Alessandra de Rossi and Empoy Marquez teased the fans of their love team AlEmpoy about a new project on their respective Instagram accounts. The actor hinted that they are working on something new in his caption.

Fans of the on screen couple couldn’t help but be excited for the duo’s latest project. They shared their happiness in the comment section––noting how this has been a long time coming since their last project together.

Alessandra jokingly added that her relationship with Empoy is purely business only and nothing more. The actress quipped that she doesn’t see the actor-comedian in a romantic way at all.

The two worked on their comeback film in 2020 with film director Sigrid Andrea P. Bernardo. They previously shared some glimpses from their shoot for Walang Ka-Paris which has yet to be shown in cinemas. Sigrid clarified in a previous interview that Walang Ka-Paris isn’t a sequel to the 2017 film Kita Kita.

The AlEmpoy tandem rose to fame after the two starred in the 2017 romantic-comedy film Kita Kita which was directed by Sigrid as well. The movie saw massive commercial success as it reached P320 million at the box office.