‘2 Good 2 Be True’ actor Ronaldo Valdez replies to his co-star Kathryn Bernardo’s heartfelt post about their time working together. 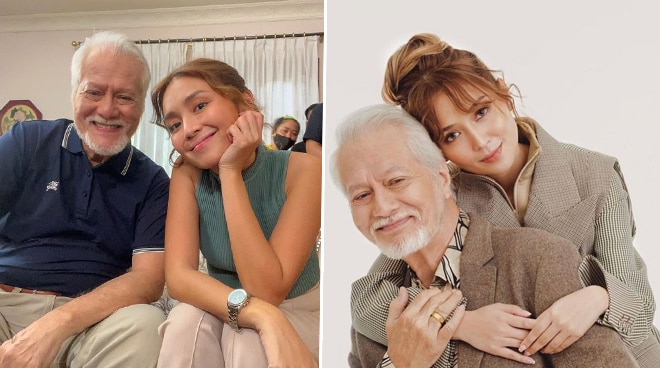 Earlier this week, 2 Good 2 Be True star Kathryn Bernardo penned a heartfelt tribute to her co-star Ronaldo Valdez, who played her ward in the series. Kath has always been vocal about being grateful to finally get the opportunity to work alongside the veteran actor whose career in the entertainment industry has already spanned more than five decades.

READ: Kathryn Bernardo tells Ronaldo Valdez: ‘You are the lolo I never had’

Last November 15, Ronaldo, who plays the role of businessman Sebastian Hugo Agcaoili, more popularly known as “lolo sir” in the popular Kathniel series, replied to Kathryn in a recent post on his Instagram account. He wrote, “Gracious Kathie! Anu b yan? Aga-aga pinaiyak mo ko, kainis ka! Evrythng u said, ryt back at ya! All those feelings, I feel for u as well. I think dis is a mutual admiration society. You will now n forever be my very much luvd 5th apo. Know that u will always be in my heart coz ur special to me. Hugz and 1M kisses. Mwa mwa Tsup tsups.”

Ronaldo was also featured on the cover of this month’s Metro Magazine alongside Kathryn and Daniel Padilla.

The 2 Good 2 Be True actor is also known to be close to Kathniel, whom he refers to as his “Reel Apos.” In one post heralding the finale of their popular primetime series, he wrote, “Maraming salamat sa lahat ng sumubaybay sa aming palabas. Dama namin ang inyong pagmamahal. Salamat #kathniel It was a joy working w/ you❤️This will be one of my fave projects! - Lolo Sir”