Slater Young had a question and answer session with his wife Kryz Uy about house maintenance. 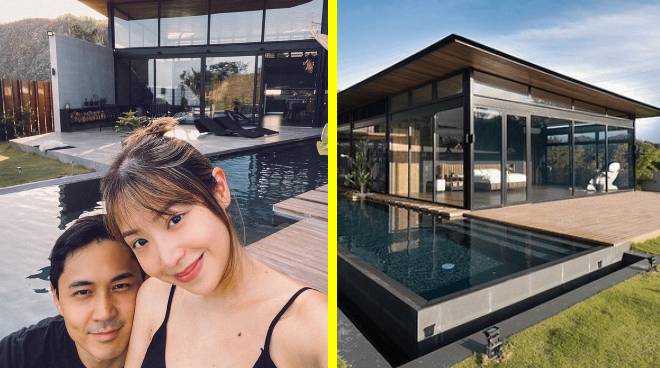 Slater Young had a question and answer session with wife Kryz Uy in his latest YouTube vlog about their house which is popularly known as the Skypod.

In the said vlog, Slater explained to Kryz on why he needs to fix a lot of things in their house despite it being new.

“So I would say these are things that new homeowners, hindi nila in-expect. In this video I give Kryz free reign to ask me a lot of questions, especially from a homeowner's point of view,” he added.

Kryz then elaborated that since Slater spent a lot of time on the planning stage of the house, she assumed that when they moved in, there would be no renovations or repairs that needed to be done.

“So, love, when we first moved into this house you spent so long on the planning stage because you told me it is better to spend so much time in the planning stage kaysa na-build na ‘yung bahay, all of the further renovations will take longer. So I expected that when we finally moved into  our house tapos we live here and that’s it. But I was surprised to see that ang daming small things that you needed to fix here and there especially in the  pandemic when we were at home all the time,” Kryz said.

Slater then explained that a house always needs maintenance. He first pointed out the problem that they encountered about their bathroom which had an odor that they needed to fix.

Slater also pointed out the squeaky doors that they needed to repair.

“With the doors naman, we have squeaky doors from time to time. Mahirap siya isara and it happens because of mother nature. Woods expands and contracts. The materials nagstre-stretch and nagco-contract depending on the temperature. humidity, etc.,” he said.

Slater then addressed Kryz’s general complaint about their house.

He said, “I think the broader complaint that you would have is bakit ang daming things to take care of when our house is brand new? And that is because a house really needs taking care of. Walang bahay na no maintenance,” he stated.

Slater then compared Kryz’s old family home and their new house, the Skypod.

“Because sa hold house niyo, this is a generalization, most of the people kapag may kaunting sira—loose knob, loose faucet or medyo squeaky doors—they don't think about it. Parang ah that's just part of it. Hindi nila inaayos agad. Minsan I get that comment na parang ang dami niyong inaayos sa bahay ninyo. It’s just because you're just maintaining it. You're not doing any major repairs because it is just small repairs here and there,” Slater said.