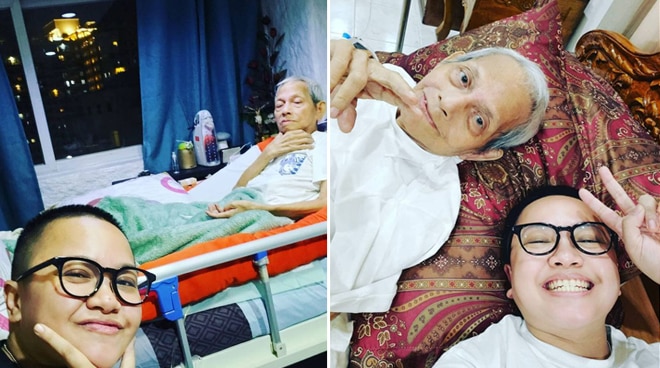 On Instagram, Ice penned a brief but heartfelt message for his late dad to mark his second death anniversary.

“I love you, Pogi. Missing you always.”

Ice’s father passed away on November 15, 2020 after battling prostate cancer.

Previously, he said that despite the challenges brought by his father's illness, the ordeal had brought them closer as a family and paved the way for their past conflicts to be addressed.

“We became more open, expressive, more understanding of each other's pain and journey. We hug each other more, give kisses spontaneously. We are happier,” Ice said.

READ: Ice Seguerra on his father battling cancer: ‘It brought us closer as a family’

In the wake of his death, Ice remembered his dad as an “awesome father, husband, brother, lolo, friend, [and] leader.”

“He has touched many lives by his kindness, gentle support – and most of all, his sense of humor,” he said.