In her first birthday post this year, Dara shared a rare snapshot of herself in a bikini at an undisclosed resort. She wrote (in Korean), “Everyone who congratulated me on my birthday~ So sweet🍯 You’re so sweet 🎂🎊🎉♥️.” Dara also received birthday messages from her friends in the Philippines like her fellow SCQ batchmates Joross Gamboa and Raphael Martinez, as well as other celebrity friends like Alora Sasam and Ryan Bang. 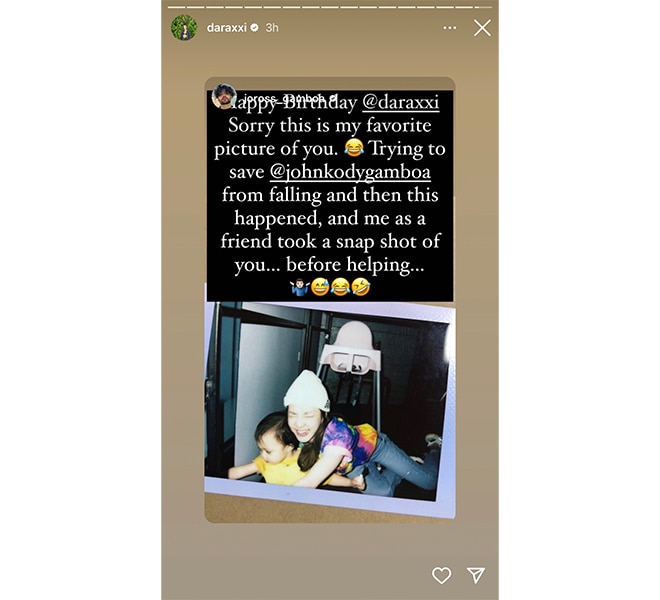 The former 2NE1 member also shared another post from another birthday party celebration organized for her. She wrote, Thank you for all the birthday projects, events, donations and parties you guys prepared for me😭🙏🏻 You guys are the B.E.S.T~!!! Let’s party together next year~!!! 😀♥️🎊🎉🙏🏻🎂 #2022 #LegenDaraDay”

Dara was last spotted in the country by a fan last July when photos of her at the arrival at the Ninoy Aquino International Airport (NAIA) started circulating online.