James Ho, the father of athlete-turned-journalist Gretchen Ho, has died. 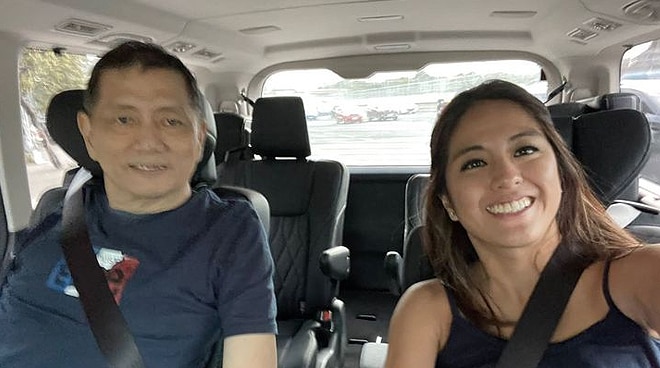 James Ho, the father of athlete-turned-journalist Gretchen Ho, has died.

Gretchen shared the sad news through an Instagram post on Monday, November 14, posting a throwback photo of her dad taken during one of her volleyball games.

“Panalo na tayo.. Love you dad. You will live on in us. Rest easy,” the caption read.

She offered no further details about her father’s death, but just a few days ago, Gretchen shared a snap of them together inside a vehicle, with the caption, “Fighting fighting susu!”

Among those who sent their condolences were Bianca Gonzalez, Iza Calzado, Chito Miranda, and Jugs Jugueta, as well as athletes Dani Ravena and Tyler Tio.

Meanwhile, Gretchen also shared photos from her father’s wake on her Instagram Stories, as she thanked those who attended and offered their prayers for him.

“Thank you everyone for coming. Dad I’m sure is happy to see all of you. Thank you, thank you,” she said.