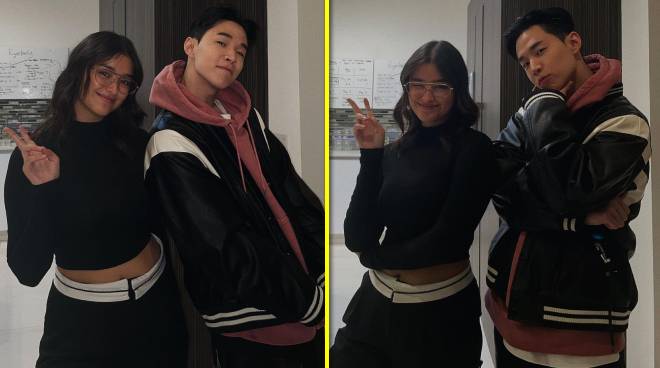 The actress shared her photo with Henry on her Instagram page on Friday, November 11.

Liza and Henry also did a TikTok video together, doing a trend on the social media platform to the tune of Flo Rida's “Low.”

"@iamhenry you were in every frame. Better luck next time!  #low #fyp #foryou #foryoupage," Liza posted on her TikTok page.

Henry is a Canadian singer and actor based in South Korea and China. He debuted as a member of Super Junior-M back in 2008 and pursued a solo career in 2013. He is the artist behind the most streamed Korean OST "It's You."

He released three Extended Plays throughout his career including Trap in 2013, Fantastic in 2014, and Journey in 2020.

Fans were quick to comment on Liza's photo and TikTok video with Henry.

"The crossover I never knew I needed," one fan said.

"The beauty and the music genius!" another fan commented.

Liza was recently in the US. She recently wrapped up filming her first Hollywood film Lisa Frankenstein.

This is not the first time that Liza met K-Pop idols.

In an interview with ABS-CBN News back in August, Liza shared that meeting K-Pop idols during her recent trips to Korea was a dream come true.

"It was so much fun. It was two trips actually. The first one was just networking, just getting to know the different industry people. The second trip that we had, that was more getting to connect with the actual artists and celebrities, getting to know them and just collaborating on a few social media stuff like TikTok and a few pictures for Instagram," Liza said in an interview with ABS-CBN News.

Liza relayed that one of the highlights of her Korea trip this year was visiting the YG Entertainment office.

"I was living my fangirl dream, I got to go to the YG office. I’m a huge YG fan. The whole time it didn’t feel real to me, everyday we were just meeting K-Pop idols left and right and it was just a surreal experience, but so much fun. Hopefully, we get to work with them in the future," she said.

Liza has been exploring opportunities in Korea and the US after signing a talent management contract with James Reid's agency Careless.