Kuh Ledesma opens up about her daughter’s healing process which also became hers soon after. 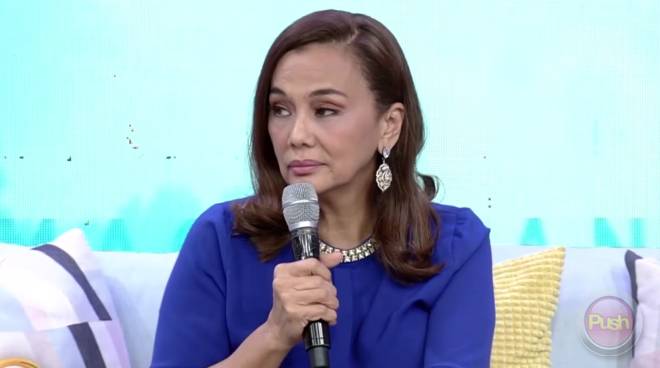 Singer-actress Kuh Ledesma opened up about the experience she went through with helping her daughter, Isabella, with her mental health journey.

In an episode of morning talk show Magandang Buhay, the OPM veteran admitted that there were difficulties along the way which made it much more challenging for her and her daughter.


Kuh shared that Isabella is “very well” now after she was diagnosed with bipolar disorder years ago.

“Hindi ko maalala how I felt that time but parang sumusunod na lang ako sa sister-in-law ko because my sister-in-law also was diagnosed as having bipolar disorder. I guess I felt na alam nila ang gagawin," she said.

The OPM singer recalled how it was a hard pill to swallow at first since knowledge on mental health was limited back then. Kuh revealed that she previously thought that Isabella would never recover from it.

“The journey that we took was very difficult kasi 14 years na nagtatake ng psychotropic drugs si Isabella so it was difficult when she took it out. Kasi dapat yon tini-take out ng unti-unti. So kulang pa rin ako sa information nun pero we were able to hurdle it. And unti-unti nakikita ko 'yung mind ni Isabella nagiging sound mind,” she continued.

Kuh also had to deal with the emotions of Isabella after she broke the news of her separation from her former husband.

“We got separated, it really also broke her. Basically 'yun ang naging ano... mga anak natin ang nagsa-suffer when parents separate. Pero kailangan we have to know how to speak to our children," she shared.