Stray Kids will be heading to Manila in January next year for a fan meet. 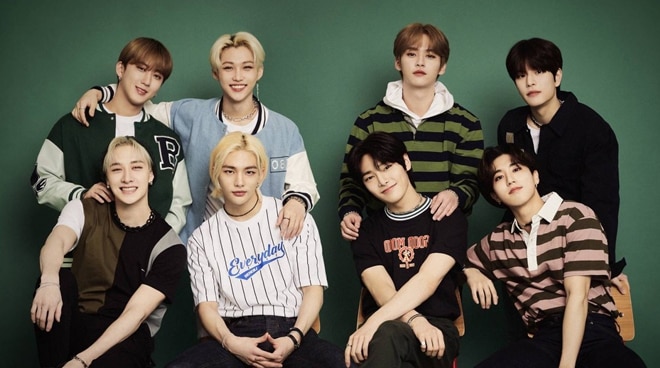 Filipino clothing brand BENCH announced that their brand ambassador, K-Pop group Stray Kids, will be coming to Manila for a fan meeting next year.

The clothing brand made the announcement on their social media page on Wednesday, November 9.

"Calling the attention of all STAYs, mark your calendars! We know you've been waiting for this. We're bringing our #GlobalBENCHSetter, Stray Kids, for a very exciting and memorable Fan Meet event on Jan 20, 2023 at the SM Mall of Asia Arena," BENCH posted.

"Make sure to turn on those post notifs for more updates 'cause you really don’t wanna get FOMO," the clothing brand added.

Filipino fans were quick to express their excitement online following the announcement.

It was back in April when BENCH revealed Stray Kids as their newest ambassador.

"They're not just chart-toppers, but heart stoppers, too! Let the @realstraykids bring a fresh and cool take on everyday fashion with our latest #BENCHEveryday collection," BENCH wrote upon announcing the K-Pop group as their ambassador in April.

Stray Kids is just one of the Korean acts that BENCH got as ambassadors. Other ambassadors include Ji Chang-wook, Hyun Bin, Kim Soo Hyun, Kim Seon-ho, Itzy, and TWICE, among others.

Early in November, Ji Chang-wook visited the Philippines for a fan meeting with BENCH in Manila.

Stray Kids is a K-Pop group that was formed by JYP Entertainment through a reality show back in 2017.

They debuted in March 2019 with their EP I Am Not.

The K-Pop group is behind the hit songs "District 9," "Grow Up," and "Mirror," among others.