Boyce Avenue returns to Manila, Cebu, and Davao in February 2023

American trio Boyce Avenue returns to the Philippines for a multi-city tour in February 2023. 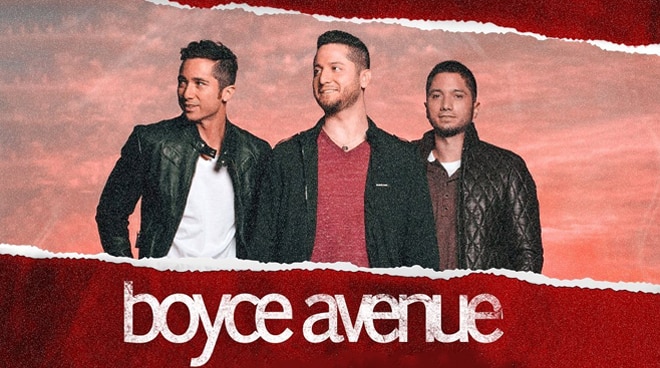 After doing shows in the Philippines in 2016 and in 2020, American cover band Boyce Avenue finally announced the dates for their concert tour in the country next year. The group, which is composed of brothers Alejandro Luis Manzano, Daniel Enrique Manzano, and Fabian Rafael Manzano, have been performing together since they first formed the band in 2004.

On their official Instagram account, they wrote, “PHILIPPINES! We are coming back for Valentines Week!   See you in Manila, Cebu, and Davao. Tickets on-sale November 19th!”

Events company Wilbros Live also released the dates for Boyce Avenue’s provincial shows in the Philippines which include February 11 at the Araneta Coliseum in Quezon City, February 12 at the Waterfront Hotel in Cebu, and February 14 at the SMX Convention Center in Davao City. The band will be joined by special guest performers and OPM singers Adie and Nobita.