Vicki Belo reveals she had breast cancer: ‘I was going to die’

Vicki Belo share that she survived because of her family. 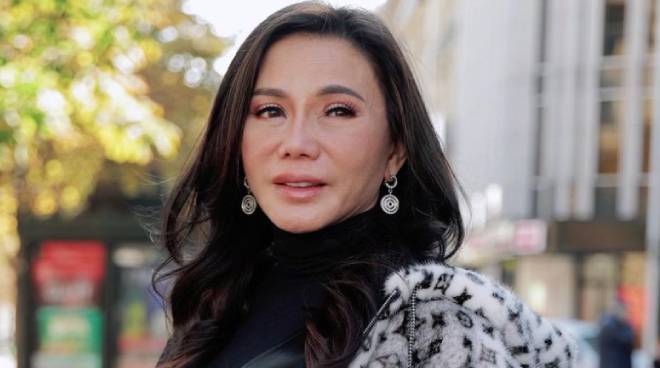 Vicki Belo revealed for the first time in public that she was previously diagnosed with stage 3 breast cancer. The beauty doctor-to-the-stars dropped the shocking news in an interview with TV personality Korina Sanchez.

“I was diagnosed I think in January of the year then I went to Europe and I was told by them there that I was going to die,” she narrated.

The 65-year-old celebrity doctor shared that doctors told her in 2016 that she only had two years to live and shouldn’t bother doing chemotherapy as the cancer was already in its advanced stages.

“I went to New York but they wouldn’t give me anything so I asked, ‘What are my chances?’ and they were very quiet—’We’ll try our best,’” she shared.

Vicki drew strength to fight the disease from her daughter Scarlet Snow because she didn’t want to leave to her, who was only a year old when she was diagnosed. The doctor to the stars added that she relied on her husband and daughter during those difficult times.

“Kasi I really look at her and I want to be with her. I don’t want to leave her so young, so I kept praying ‘Lord, please give me time,’” she revealed.

READ: Hayden Kho’s photo of Scarlet Snow is showcased in an exhibit in Paris

She went on to share that she genuinely believed she won the battle against her illness because of her daughter. Six years after getting diagnosed, Vicki shared that health is wealth and her fans should take care of their well-being.

Vicki and her husband, Hayden Kho, welcomed Scarlet back in 2015. Scarlet was born through surrogacy back in March 2015.