For the first time in her life, Jessy Mendiola visits Singapore. 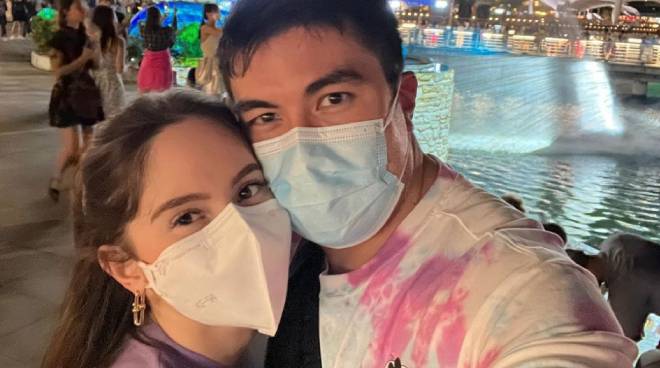 Soon-to-be-parents Jessy Mendiola and Luis Manzano treated themselves to a vacation in Singapore. The actress shared their out of the country trip in her latest YouTube vlog.

This was a special trip for the couple as it was their first time to go on a vacation with baby-to-be Peanut.

Jessy and Luis revealed that they haven’t explored Singapore prior to their vacation as a couple. For the actress, it was her first time to visit the country while the actor-entertainer never got to roam around the streets of Singapore as he was usually on a work trip every time he was in the country.

The couple opted to go for a simple hotel room as they wanted to spend more money on other things while on vacation. In her vlog, Jessy revealed that their room was overlooking the famous Singapore skyline.

One of the things on their work itinerary was to taste the different cuisines Singapore has to offer. They went on different restaurants to try out some of the local dishes such as the Beef Rendang which the couple enjoyed.

The actress also had some alone time during their trip and went to some of the location shoots of the movie Crazy Rich Asians. The two made sure to shop in high-fashion brands such as Chanel wherein the actress bought the bag Luis wanted her to have.

They also revealed that they are currently staying at Discovery Primea while their new house is still in its finishing stage. Jessy added that their lease for their previous house had already expired so they just opted to stay somewhere else.