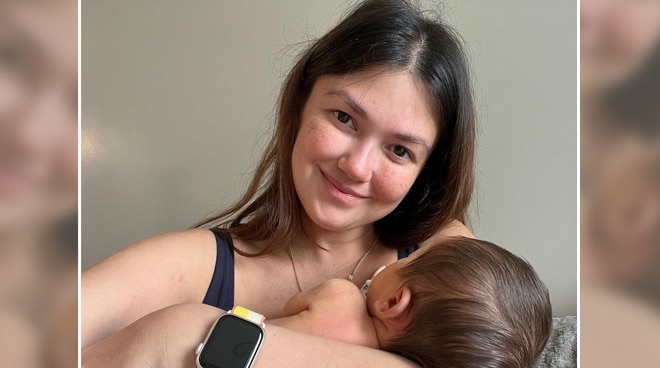 “Motherhood looks great on you.”

This was the comment of one of Angelica Panganiban’s followers on her latest post on Instagram where she shared a selfie with her infant daughter, Amila Sabine Homan.

The photo, uploaded on Wednesday (October 5), sees Angelica smiling at the camera while cradling her baby, whose face was not shown as she was turned towards her mother.

“Motherhood,” she wrote in the caption, with a breast-feeding emoji.

The post has so far garnered tens of thousands of “likes”, with Angelica’s friends and fans expressing their happiness for the actress and praising her glow.

Angelica, 35, gave birth to her daughter last September 20, exactly seven months after she announced her pregnancy.

Amila, nicknamed Bean, is her child with her non-showbiz partner, Gregg Homan. The couple has been together since July 2020.