Moira Dela Torre gears up for release of brand-new OST

Moira Dela Torre is gearing up for the official soundtrack of an announced project. 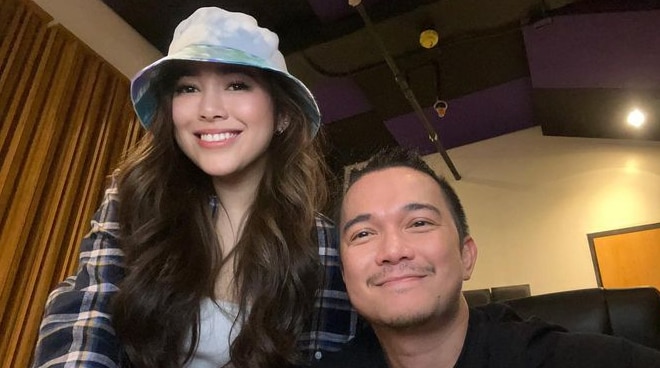 Kapamilya Moira Dela Torre announced that she will be recording a brand-new original soundtrack for a movie project that has yet to be announced.

Music producer Jonathan Manalo, who made the announcement on Instagram, shared a snap from their recording session.

The music producer called Moira’s work “another masterpiece” in the making.

Jonathan also revealed that the singer was almost crying throughout the recording session. He teased fans of Moira that various emotions will be felt in the singer’s latest song.

Friends and fans of Moira were hyped up, sharing their excitement to hear new music from the singer again.

In the comments section, her fellow Idol Philippines judge Gary Valenciano said that he can’t wait to hear the song.

Just last month, Moira released a rewritten version of her hit song, Kumpas which she collaborated with her ex-husband Jason Hernandez.

She also shared a glimpse of a song she finished after the finale of Idol Philippines Season 2.