Carla Abellana urges everyone to help animals in need during typhoons

Carla Abellana shared tips on about how they could help save animals during typhoons. 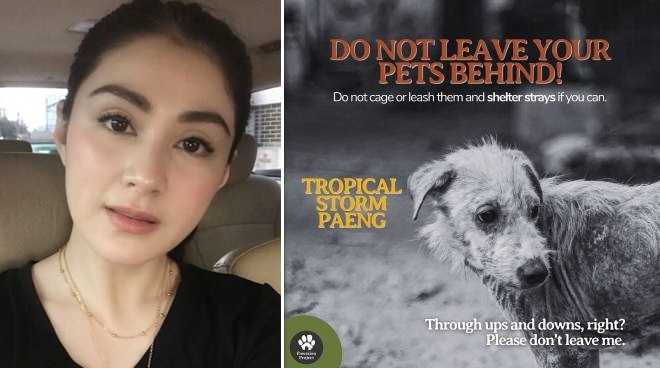 Animal welfare advocate and actress Carla Abellana urged pet owners to always think about the animals when evacuating during floods.

This comes after Typhoon Paeng hit the Philippines and left many cities and provinces in the country heavily flooded.

“Give them the best chance of survival,” she wrote.

Carla shared a series of photos that showed how pet owners should respond in case of an emergency such as flooding. The actress gave a detailed checklist to ensure the safety of these animals.

“Please do not leave your pets behind and always include them in your evacuation plans. One of the most heartbreaking scenarios in an emergency or natural disaster is always pets getting left behind. Some are not even given the chance to at least escape and find a safe place,” she added.

The 36-year-old actress also encouraged her followers to give stray animal shelter for the night as they are very much under stress.

“Please do open up your homes and establishments to strays when you can. It’s times like this that they need us the most,” she shared.

She has also been consistently asking for support from netizens to help the animals in need. Netizens shared their own experiences in helping stray animals during the typhoon in the actress’ comments section.

Carla is a known animal welfare advocate in the showbiz industry.

Earlier this October, she also called out on social media a three-day horse fighting activity in the Municipality of Glan in the Province of Sarangani.